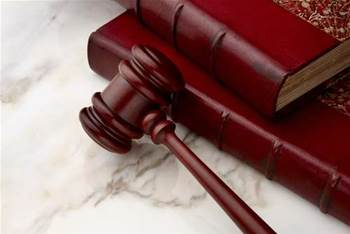 Mitel Networks is suing Melbourne IP telephony provider MyTel Voice & Data over its name and product set, seeking a court order to prevent the company operating in its current form.

A spokesman for MyTel told iTnews the company was "in negotiations to rebrand" but would defend itself against other allegations.

"We won't be defending the claim [about the name]," he said.

"We'll simply rebrand and relaunch in due course."

The Canada-based Mitel, which has operations in Australia and provides unified communications and IP telephony systems for businesses, filed a civil case against MyTel in the Federal Court in Sydney.

It alleged MyTel had infringed its trademark and engaged in misleading and deceptive conduct by representing that MyTel's products and services were similar, of the same standard and somehow affiliated with Mitel's.

"[We] have suffered loss and damage and will suffer further loss or damage if [MyTel and its alleged director] are not permanently restrained," Mitel said in a statement of claim.

A MyTel spokesman "refuted passing [itself] off as Mitel."

"We'd most likely defend against that part of the claim," the spokesman said.

Mitel was seeking unspecified damages from MyTel, potentially including a portion of profits.

It also wanted the court to prevent MyTel from conducting business under their name or one "one which is substantially identical or deceptively similar".

Mitel claimed it had opposed an application by MyTel in 2007 to trademark 'MyTel' in Australia.

The company alleged that MyTel's trademark application was turned down in May this year and that it had been ordered to pay costs of $2,995 to Mitel in August.

At the time of the court filing, MyTel had not paid, according to Mitel.

MyTel was expected to file a defence and any cross-claim by December 7, according to orders set out today at a first directions hearing.

The case was adjourned until February next year.