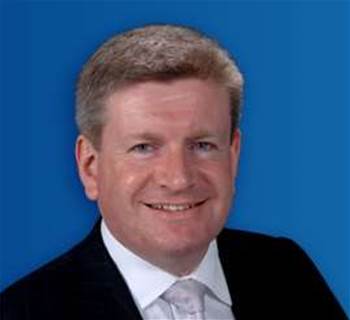 Last Monday Turnbull stepped down as Communications Minister - a position he had held since the Coalition's 2013 election victory - ahead of his successful challenge to Tony Abbott for the country's top job.

Today he detailed his new cabinet, which will be sworn in on Monday.

Fifield has represented Victoria in the Senate since 2004, and most recently held the position of assistant minister for Social Services and the manager of government business.

The portfolio is understood to include the nation's new Digital Transformation Office, which debuted earlier this year and is aimed at overhauling customer-facing digital service delivery.

Fifield has experience with the communications portfolio, having previously represented Turnbull in the Senate.

Also given a promotion was former parliamentary secretary to the Communications Minister, Paul Fletcher, who was given a ministerial title as Minister for Territories, Local Government and Major Projects.

Turnbull opted against appointing a replacement to Fletcher's role in the Comms department.

All eyes will be on how Turnbull and Fifield handle the national broadband network, which Turnbull was famously ordered to “destroy” by Abbott.

Reports had emerged earlier in the week that Treasurer Joe Hockey had been offered the role of Communications Minister after Turnbull handed the role of Treasurer to Scott Morrison.

Turnbull today confirmed Morrison in the role of Treasurer as part of the cabinet reshuffle, which also saw Matthias Cormann retain the role of Finance Minister, which handles government ICT.

During his tenure Brandis has led the introduction of controversial legislation such as data retention, overseas website blocking for piracy, and the draft telecommunications sector security reforms, which have been heavily criticised by industry, internet groups and the Greens.

Former Education Minister Christopher Pyne has been named the new Minister for Industry, Innovation and Science - reversing Abbott's previous decision to avoid appointing a dedicated Science minister under his government. He later tacked on the Science title to the Industry Minister.

Pyne will be tasked with overseeing the likes of the CSIRO and Questacon and other research centres. He will be assisted by Australia’s youngest MP and start-up advocate Wyatt Roy.