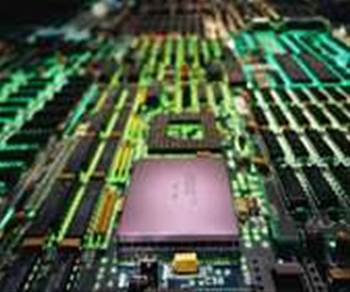 Engineers at the Massachusetts Institute of Technology have devised new analogue circuits which they hope will dramatically improve the efficiency of a wide variety of electronics devices.

"During the past several decades engineers have focused on allowing signals to be processed and stored in digital forms," said Hae-Seung Lee, a professor in MIT's Microsystems Technology Laboratories and the Department of Electrical Engineering and Computer Science.

"But most real-world signals are analogue, so analogue circuits are an essential part of most electronic systems."

Lee explained that analogue circuits are used to amplify, process and filter analogue signals and convert them to digital signals, or vice versa, so that electronic devices and the real world can communicate.

The reason why the two different types of electronic signal circuits did not advance at the same pace is that digital circuits can be decreased in size more easily.

In contrast analogue circuits require clever designs by humans to be improved because of their variable nature.

"There is a lot of room for innovation in the human design," said Lee. "The importance of analogue circuits is growing in light of the digital improvements, so engineers can make a difference in products by working on them."

Many conventional analogue circuits have relied on devices known as operational amplifiers.

However, advanced fabrication technologies have had negative side-effects on operational amplifier-based analogue circuits when used in consumer devices, because they reduce the range of the analogue signal and decrease the device's gain.

To compensate for these shortcomings, analogue circuits must consume much more power.

"The new work coming out of MIT offers the intriguing possibility of eliminating operational amplifiers by proposing an architecture that relies on circuit blocks that are much more readily implemented on supply voltages of 1v or less," said Dave Robertson, high-speed converter product line director at Analog Devices.

Got a news tip for our journalists? Share it with us anonymously here.
Copyright ©v3.co.uk
Tags:
analogueboffinsbreakthroughcircuitclaimhardwaremit