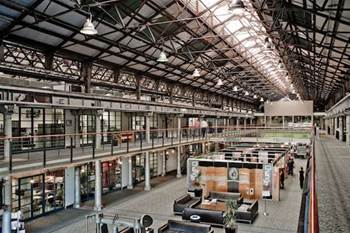 A Mirvac-led consortium has been successful in its bidding war against Walker and Atlassian to take over the Australian Technology Park, with the NSW government approving the $104 million sale of the site.

Mirvac will take over the 14-hectare Sydney technology hub with plans to redevelop the site in 2020 by adding new office space and revitalising the locomotive workshop for tech users and start-ups. As much as 75,000sqm of floor space will be dedicated for technology uses.

The Commonwealth Bank has signed on as an anchor tenant and will move 10,000 of its staff out of offices around Sydney and into the site.

It will lease 93,000 square metres of office space across two buildings for a 15-year term.'

It means the bank will not renew leases at its Parramatta, Sydney Olympic Park or Lidcombe offices as they expire.

The Mirvac-led consortium is planning to use a $2.1 million tech incubation fund - established in partnership with CBA and fund manager Centuria - to attract tech start-ups to the site.

It has also entered an agreement with the University of Sydney to "support digital and creative industries" and said there was potential to accommodate other tech companies within the campus.

“Moving to the transformed Australian Technology Park will put 10,000 of our people in the heart of a growing technology hub, providing us with a significant opportunity to partner and collaborate with universities, start-ups and other innovative companies," CBA CFO David Craig said in a statement.

The Baird government opted to sell the site to fund its 20-year, $20 billion infrastructure plan.

“Our aspiration for this site is to continue the transformation from dilapidated railway buildings to a growing technology hub,” planning minister Rob Stokes said in a statement.