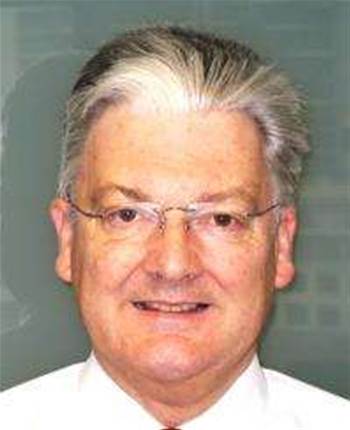 New Zealand Minister for Internal Affairs, Peter Dunne, says that ageing and bespoke agency applications are holding the country's government back from migrating off the obsolete Windows XP operating system.

Dunne responded to iTnews following revelations that New Zealand government and health agencies continue to run Windows XP on as many as 40,000 government computers, with the shift to Windows 7 and 8.1 moving ahead slowly.

It is also the responsibility of each individual agency to move off Windows XP, and Dunne believes most had already done so by April 8 this year, with those that hadn't working on plans to shift away within the next three months.

"Migrating more than 160 government agencies, each with different systems (often ageing legacy systems) is complex and does not lend itself to a single solution.

"I am advised that moving away from a long-standing and stable platform, such as Windows XP, requires repackaging each application to ensure it will run on the new platform," Dunne said.

Dunne denied that it is the responsibility of the government chief information officer (GCIO) Colin MacDonald (who is also the chief executive of the DIA) to make decisions for the agencies, which retain their own accountability.

"The GCIO is responsible for setting the vision, strategic direction, policy and standards for all-of-government ICT, with the objective of driving change across state agencies," Dunne said.

To this end, the GCIO has already worked with a number of agencies agencies to increase the proportion completing the migration before Microsoft ended Windows XP support on April 8 this year, he said.

As part of the program, the GCIO has helped agencies implement "an acceptable solution through mechanisms such as a shared workspace," Dunne said.

The Labour Opposition meanwhile has slammed Dunne's office, calling the Windows XP migration mismanaged and a waste of taxpayer money.

Labour ICT spokesperson Clare Curran said that responses received under the OIA showed that at least 20 ministries and 14 district health boards had failed to migrate all of their terminals away from Windows XP by the April 8 end of support deadline.

Departments with large installations of Windows XP include the NZ Police, Justice, Corrections and the Ministry of Primary Industries, Curran said.

“This government has known the exact date XP support would expire for the last six years yet decided to let individual agencies flounder and go it alone, wasting millions in taxpayer funds and hiding the true cost,” Curran said.

But Dunne continued to defend the government's approach.

A Reference Architecture or template setting out best practices has been released by the GCIO along with defined standards and specifications, the minister told iTnews.

He addressed the issue of extended support from Microsoft, saying agencies can sign individual deals with Microsoft to purchase this to ensure the safety and security of their IT systems.

Other options include running Windows XP systems as standalone, with restricted access.

"Agencies still on Windows XP will not be cut off from government networks," Dunne said.

Dunne said that the replacement for Windows XP could potentially be a cloud-based solution for some agencies.

"Some [agencies] have migrated to Desktop-as-a-Service, a new all-of-government desktop computer service, which will make workspaces more flexible and help agencies work together," Dunne said.

The DaaS solution will mean departments won't have to buy, install and operate computer hardware and software. Instead, these will be purchased as a service on a pay-as-you go basis, Dunne said, and accessed over the internet.

He did not say which agencies would migrate to the DaaS solution, or when.