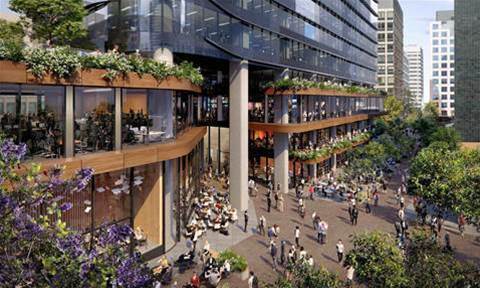 To move into tower with other tech vendors.

Microsoft is set to shift its Australian head office from North Ryde to North Sydney, taking a 10-year lease in a building shaping as a tower of tech.

The developers of the 1 Denison Street office tower, Winten Property Group, said that Microsoft Australia would take 10,655 sqm across seven levels from 25 to 31 in the high-rise.

As part of the move, Microsoft will “consolidate a number of offices into the new North Sydney location including its current head office at North Ryde”, according to a statement.

Microsoft is planning to move into the new tower in mid-2021, following the building's completion in late 2020.

At the conclusion, Microsoft’s operations will be largely city-based, split between North Sydney and its smaller technology centre in Martin Place.

“1 Denison gives Microsoft Australia the opportunity to create an environment in the heart of North Sydney’s CBD that inspires our people, is closer to our customers and partners, and showcases the best of Microsoft’s technology and services,” Microsoft Australia’s managing director Steven Worrall said.

“It will be a workplace that energises our employees and empowers them to do their best work, while reflecting the culture and spirit of innovation inherent in the Microsoft brand.

“For our Sydney-based teams, 1 Denison will feature inspirational design and productivity solutions that facilitate the sharing of creative ideas and experiences for improved collaboration.

“The investment reflects Microsoft’s continued commitment to its employees, customers and partners in Australia.”

The same North Sydney building is also set to be home to SAP’s A/NZ headquarters.