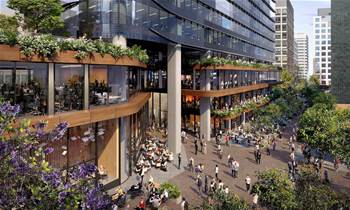 SAP is set to shift its A/NZ headquarters into a new 6000 square metre space in a forthcoming $1 billion tower in North Sydney.

The developers of the 1 Denison Street office tower, Winten Property Group, secured SAP as a tenant on a 10 year agreement negotiated with commercial real estate CBRE.

SAP will shift out of its nearby 168 Walker Street offices once the lease expires there.

The software vendor will “also continue to serve its A/NZ customer base out of offices in Brisbane, Canberra, Melbourne and Perth in Australia, and in Auckland and Wellington in New Zealand”, in addition to the flagship Sydney space.

SAP’s A/NZ president and managing director Colin Brookes said in a statement that the relocation would provide “a great place to work” for its people, and was “another example of our ongoing investment into this market”.

Winten Property Group said around 40 percent of the floor space in the building is now pre-committed. It is scheduled to open in late 2019.

SAP is not the only technology company set to make a move into new offices in North Sydney in 2019.

NBN Co is also set to consolidate five Sydney workspaces into a single flagship office in North Sydney from late 2019.