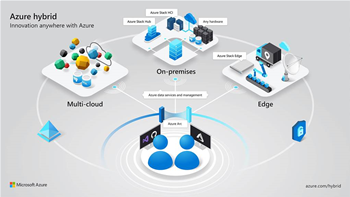 Azure Arc is the name of Microsoft's new hybrid cloud technologies that the company says will seamlessly bring established management and security capabilities to any enterprise infrastructure.

Microsoft's vice-president of Azure, Julia White, announced a preview of Arc at the Ignite conference, saying it unlocks new hybrid scenarios for customers.

With Arc, it'll be possible to use Azure Resource Manager, Cloud Shell, Policy as well as the service portal and application programming interface across on-premises, multi-cloud and edge devices for management.

Linux and Windows servers can be managed by Arc, as well as Kubernetes clusters, with a consistent and unified environment, Microsoft said.

Arc lets developers build containerised apps using the tools of their choosing; the apps can be deployed, configured and managed uniformly with GitOps.

The preview of Arc is available from today,  with customers being able to run Azure SQL Database and Azure Database for PostgreSQL Hyperscale, on Kubernetes clusters.

Azure Stack Hub now has Kubernetes general availability, so that customers can deliver services from their own data centres, or consume them from service providers.

Azure everywhere, including the at the edge

Stack Edge is a managed appliance that brings compute, storage and intelligence to any edge.

The Stack Edge appliances can be used to run machine learning models near where they need to be trained, using specialised field programmable gate arrays (FPGAs) in addition to graphics processors, and still be managed through the Azure portal. 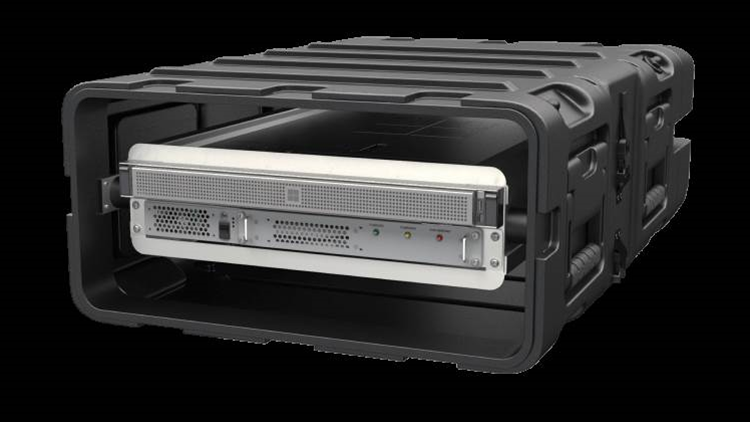 Microsoft announced a new Rugged series of Azure Stack Edge appliances, which are portable and designed to survive harsh environments such as field deployment for defence, disaster relief, energy applications and geological surveys.

This include the Dav4 and Eav4 series, based on AMD's EPYC 7452 processors.

Dav4/Dasv4 are aimed at general purpose workloads, and can provide up to 96 virtual processors, 384 GiB of memory and 2400 GiB of solid state based storage.

For more memory intensive applications, the Eav4 and Eas v4-series can provide up to 672 GiB of RAM, and the same amount of virtual processors and storage as the Dav4 Dasv4 VMs.

Customers with GPU workloads can trial the NVv4 service in preview, that provides 256 GB of memory via AMD MxGPU hardware and a dedicated frame buffer.

Machine learning optimised NDv2 VMs based on eight Nvidia Tesla V100 chips that have 32 GB of memory each, and 40 non Intel Xeon Platinum 8168 cores with 672 GiB of system memory and Infiniband interconnects are also available.

Microsoft also made the managed platform as a service Bastion remote desktop and secure shell to VMs offering generally available in six regions, including Australia East.