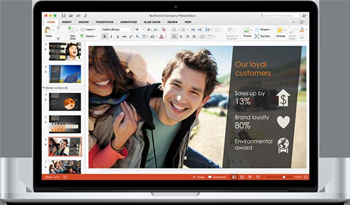 Word, Excel and Powerpoint applications are new additions in the Office 2016 preview; the OneNote notetaking program and Outlook email and contacts management application have received updates to the preview versions released last year. 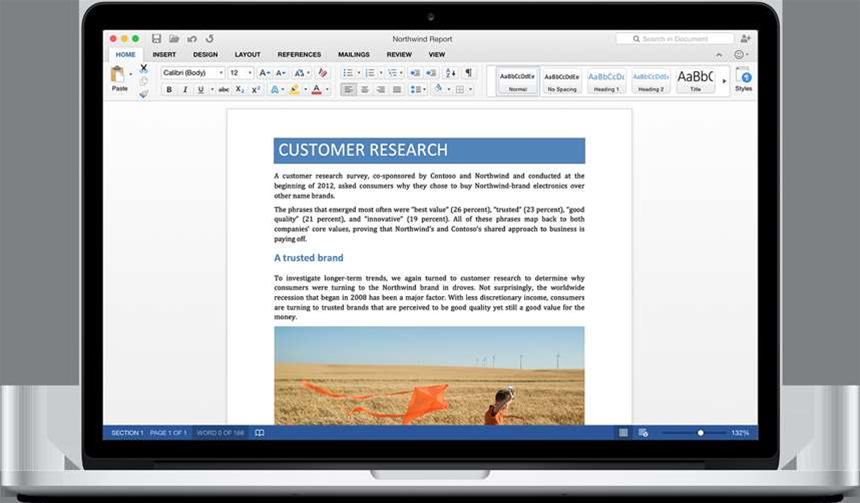 Microsoft is seeking to provide the same user experience in Office 2016 for the Mac as its Windows and Office 2013 versions deliver and also in the upcoming universal Office apps for Windows 10 and Office for Android. The redesigned user interface include Ribbon and keyboard shortcuts that work the same across both variants.

Microsoft has been criticised for being slow to update its productivity suite for OS X - Office 2011 was released in 2010, and doesn't offer the same features or user experience as Office 2013 for Windows. 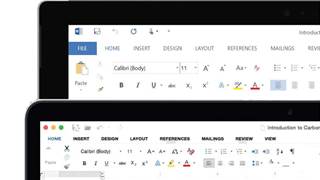 Office 2016 has also been rebuilt to take advantage of new features in OS X including high-resolution Retina displays and full-screen window support. It also integrates with Microsoft's OneDrive, OneDrive for Business cloud storage, as well as Sharepoint. 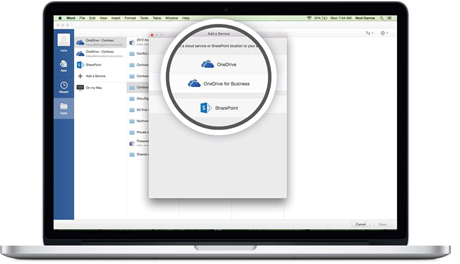 The preview is only supported on the latest 10.10 version of OS X, Yosemite, with each release expiring 60 days after being posted.

Office 2016 will run alongside the current Office 2011 for Mac, but Microsoft has warned that the preview is not yet fully complete in all areas, and recommended that trialists apply regular updates to the release.

Office 2016 Preview can be downloaded as a 2.5 gigabyte PKG file. The final version is expected to arrive later this year, in the northern hemisphere summer.