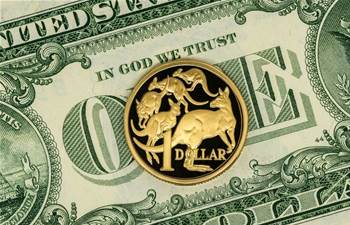 All cloud prices based on greenback from next week.

Microsoft will from next week change the way it prices Azure and the outcome will be greater variability for cloud bills.

Microsoft has confirmed to iTnews that its entire global Azure estate will be shifted to a single global price list struck in US dollars under changes that come into effect on November 1st, with all new purchases affected from that date.

At the same time, existing Microsoft Azure customers will be gradually pushed across to the new US dollar pricing peg over the next year, as the mega vendor bleeds out non-USD deals from its order pipeline.

The changes, which are part of a global pricing standardisation push, have significant consequences for Microsoft's biggest customers in Australia because it could compel them to look at hedging options similar to how airlines buy fuel to create a buffer against volatility.

Customers will still receive bills in Australian dollars, but the amounts charged will fluctuate as the exchange rate between the Australian and US Dollars moves.

Those movements could be considerable: in the last year, the Australian Dollar has bought between 67 and 74 US cents.

Microsoft will use Thomson Reuters benchmark rates, refreshed on the first of the month, to calculate bills. For consumption overage, monthly usage will be aggregated at the end of each month in US dollars, before conversion to local currency using that month’s exchange rate.

The company is also betting that its vast partner community likes the change, because Microsoft currently tries to harmonise global prices but doesn’t always do so in a timely fashion.

The result is that there are sometimes bargains to be had by buying Azure from nations that haven’t recently adjusted local prices to catch up with exchange rate movements.

That means Microsoft partners can face global competition, which they don’t appreciate.

The new plan is, therefore, aimed at letting partners shine on the basis of their value-added services, instead of just price.

As Microsoft nearly always prefers its end-customers procure from and work with its partners, the new arrangement is therefore Microsoft’s way of steering you towards experts it hopes will add value to its products and deepen its role in your business.

The company is therefore advising its partners to drive towards “admin on behalf of” status that sees them act as outsourced managers for businesses’ Azure fleet, then sell managed services and other consultancy offerings. Microsoft will charge its partners the same US dollar price for Azure, but offer them a rebate.

Microsoft’s promised tools to migrate customers into its new pricing model, plus tools to let its partners analyse and optimise customers’ use of its cloud.

As a consequence of these changes, Microsoft Enterprise Agreements will soon be a thing of the past, replaced what the company calls “simplified licensing terms and a digital customer agreement” called “the Microsoft Customer Agreement”.

iTnews understands the change will even impact offers like Azure Reserved Instances, the up-front commitments Microsoft offers as the cheapest way to consume Azure and licence its software. Reserved Instances recently added monthly payment options as an alternative to one--or-three-year prepayments.

In recent discussions with Microsoft, iTnews has asked company representatives why it has all-but ceased promotion of its on-premises products.

The answer has been that Microsoft is emphasising the products and services it thinks best suit its customers.

Yet when your correspondent spends time among resellers and consultancies, I’m told with increasing frequency that repatriating workloads from clouds to on-premises operation has recently become a growth market.

Bills that oscillate wildly might just make that market even hotter.