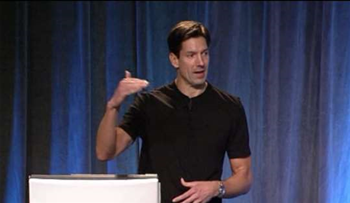 A senior engineer from Microsoft has hinted that the company could one day open source the entire Windows operating system.

Mark Russinovich, a Microsoft technical fellow and senior engineer, dropped the bombshell in front of several hundred people during a panel discussion at the ChefCon DevOps conference in the United States.

Russinovich told the crowd it was "definitely possible" that Microsoft could, in the future, choose to open up the Windows source code.

The prospect is not as surprising as it might once have been. Last November, the company announced plans to open source the full server-side .NET core stack and bring the open-sourced .NET core to Linux and Mac OS X – with everything happening in plain view on code repository GitHub.

The company now has more than 1000 software repositories on GitHub, but until now Windows, a US$4 billion (A$5.27 billion) a quarter cash cow, has looked untouchable.

Russinovich asked for a show of hands from the audience on how many attending solely ran Windows. One single hand was raised from a crowd of hundreds.

He acknowledged that in the past it "would have freaked people out to think about Microsoft running Linux in our cloud".

"Every conversation you can imagine about what should we do with our software -- open versus not-open versus services -- has happened," he said.

"It's really a matter of choice. We're going to continue to innovate and deliver cool stuff in Windows [while] we see customers that are making other choices."

While developers were absorbing the news, Microsoft's founder Bill Gates sent an open letter to the company's staff as part of its 40th anniversary celebrations urging them to focus not on Microsoft's legacy, but on its future.

Amid the birthday celebrations, the company confirmed the last few hundred of the 18,000 layoffs it began making last year.