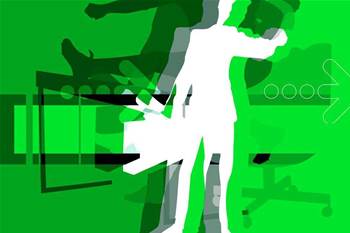 VMware has labelled Microsoft's attempt to attract its View customers with a free licence trade-in offer an "act of desperation".

Paul Harapin, managing director of VMware Australia and New Zealand, said that "offering freebies is the final throw of desperation to make it in the [virtualisation] market.

"Companies that have a technology that companies want don't go giving it away," he told CRN.

The "Rescue for VMware VDI promotion" allows VMware View customers to trade-in licences at no additional cost. New customers are entitled to more than a 50 percent discount.

Harapin was confident VMware partners and customers wouldn't take up the offer.

"Ninety percent of desktop virtualisation runs on VMware. We have a great relationship with our partners and most people are aware of these types of tricks," he said.

Harapin likened the partnership between Microsoft and Citrix as the "IT version" of Aussie Rules player Brendan Fevola's affair three years ago with model Lara Bingle.

"In terms of this relationship, I think it will end in tears for the customers," he said.

Customers will no longer have to buy a separate licence to access Windows clients via VDI and can access it from secondary devices such as home PCs outside the corporate network.

Rosemary Stark, product manager of Windows Server and Infrastructure at Microsoft, told CRN that "up until now, there wasn't an easy way for a customer to buy a licence, to install on a server and then run externally.

"The Virtual Enterprise Centralised Desktop licence (VECD) was the way we were licensing that capability."

Stark said that VDI "hasn't been heavily deployed yet in Australia, but there is interest in it.

"So, for the channel, it removes one of those barriers of adoption," she said.

Harapin said VMware had pushed Microsoft to simplify the licensing for years.

"We've been driving Microsoft along with most organisations and most customers to cut these massive, unreasonable taxes for customers who wanted to virtualise desktops.

"They've finally listened to their customers and the market - better late than never. So we're very pleased with that," he said.

Scott Gosling, national practice manager for Microsoft Solutions at Data#3, agreed that VDI and licensing has been a challenge.

"You get to a point when your customers count on the technology and then you have conversation about the licensing model and that was seen sometimes as a block.

"The simplification of the model is important.

"There was a lot conversations but no action because when you're going through the establishment of a business case you have to view financial modelling and that point it didn't stack up."

Gosling said the licensing changes "will drive some conversations."