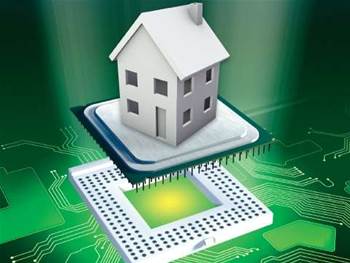 The emergence of cloud computing and trend toward offloading compute power to service providers make decomissioned servers an ideal candidate for a range of heating solutions, a Microsoft Research paper published on Thursday.

“We propose to replace electric resistive heating elements with silicon heating elements, thereby reducing societal energy footprint by using electricity for heating to also perform computation,” wrote the researchers from Microsoft Research and the Computer Science Department of the University of Virginia.

The server, re-imagined as a “Data Furnace”, converts electricity into 40 to 50°C heat that is too low for electricity generation, but perfect for home and office heating, household dryers, hot water and vegetable farms, they concluded.

Under this model, data centres -- or more specifically cloud providers -- could negate the capital costs involved in building a datacentre, and operational costs, such as cooling, since the data furnace would leverage existing air ducts to re-distribute the heat generated.

In the researchers’ view, cloud providers would cut costs and generate extra revenue by flogging excess heat to households at a cost that left them financially no worse off.

The researchers admitted that many technical challenges remained, including bandwidth costs, physical security, and the lack of “zero touch” maintenance, while the higher price for residential electricity would also be a disadvantage.

“One disadvantage of [data furnaces] is that the retail price of electricity is usually higher in the residential areas by 10% to 50% than industrial areas.

“Another potential disadvantage is that the network bandwidth can cost more in homes if the home broadband link cannot satisfy the service and a high bandwidth link must be purchased.

“Finally, maintenance costs will increase because the machines will be geographically distributed.”

However, the researchers argued, office buildings and apartment complexes could be easier for adoption because “a dedicated operator can be hired to manage one or more of them”.

To convince households to give service providers access to premises to conduct maintenance work, they could in exchange offer “free heat”.

The researchers envisaged three tiers of data furnace based on the services they could provide.

Low-cost data furnaces, which deliver computational capacity when heating was required, would provide “seasonal computing capacity with almost no operational cost” and would rely on typically decommissioned servers whose inefficiency would make them ideal for heating.

This furnace would be ideal for “delay-tolerant batch jobs”, such as non-real-time web crawling, content indexing, and the processing of large scientiﬁc data sets such as astronomical data, genome sequencing operations, and SETI@Home.

The second type, a higher class data furnace, could provide lower latency online TV and video rental services due to the proximity of it to the end consumer.

“Network latency can be reduced by creating more data centers closer to customers, particularly for cloud applications such as E-mail, multimedia distribution, and low-hit rate Web pages and services that are delay tolerant,” the researchers wrote.

The “eco-friendly” data furnace offered little scope for deployment amongst households, but would be ideal for commercial buildings or apartment blocks where the energy footprint was close to a “containerised” data centre that are used for edge servers.

"These would give service providers the ability to expand into urban areas more quickly and easily without urban real estate and infrastructure expenses, aslong as the application scale to the number of servers," the researchers argued.