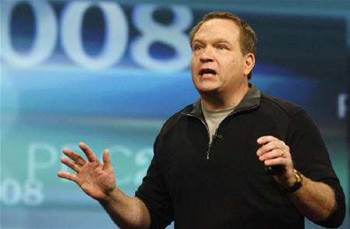 The head of Microsoft Corp's third-largest unit is to leave this winter, marking the latest high-level departure from the world's largest software company, which has seen its leadership of the technology sector fade over the past decade.

Bob Muglia, a 23-year veteran of the company, runs Microsoft's US$15 billion a year Server and Tools business, which sells server software to companies.

No replacement has been named. Chief Executive Steve Ballmer said he would look for candidates inside and outside the company.