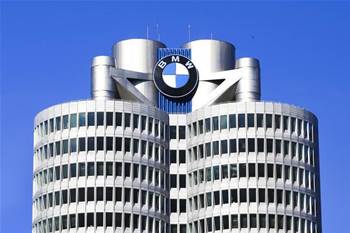 Microsoft Corp and BMW Group on Tuesday launched an initiative to create an Open Manufacturing Platform that seeks to stimulate innovation and accelerate the development of 'smart' factories.

It's the second alliance of its kind in a week after Volkswagen and Amazon Web Services teamed up to connect the German car maker's 122 group plants to improve production systems and processes.

Both deals reflect a push by 'hyperscale' cloud computing providers to capture and manage the terabytes of data thrown off by the network of connected devices such as robots and sensors that make up the so-called Internet of Things (IoT).

"Microsoft is joining forces with the BMW Group to transform digital production efficiency across the industry," Scott Guthrie, executive vice president, Microsoft Cloud + AI Group, said of the alliance that was announced during the Hanover Messe industrial trade fair.

"Our commitment to building an open community will create new opportunities for collaboration across the entire manufacturing value chain."

The platform will be built on the Microsoft Azure IIoT cloud platform, which BMW already uses. Its reference architecture will be based on open-source standards, an approach designed to encourage other partners to join in.

Microsoft, in a statement, said the goal was to have an initial set of four to six partners in place by the end of 2019 and a minimum of 15 initial use cases deployed in a production setting.

BMW already has 3,000 machines, robots and autonomous transport systems connected with its own IIoT platform that is built on Microsoft Azure. It said it would contribute some of its initial use cases to the project.