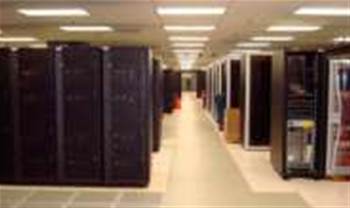 The beta 2 release adds features that could interest firms with spare or underused Windows 7 systems, or that use the Office productivity application Excel as the basis for high-performance computing.

One of Microsoft’s aims is to boost HPC's presence among the world’s most powerful supercomputers, which would help to drive uptake of the platform. However, the November 2009 list on the The Top 500 Supercomputer Sites website showed Microsoft’s HPC system installed on just one per cent of high-performance systems, with over 85 per cent of supercomputers running some blend of Linux.

High-performance computing systems are designed to address complex computing challenges, such as those thrown up by aerospace engineering, drug design and weather forecasting.

Waite also said that Visual Studio 2010, which is due to be released next week, will provide a “familiar environment for developers to create, debug, and trace HPC applications”.

The final version of Windows HPC Server 2008 R2 is expected to ship later this year.

The Top 500 web site will release its next list to coincide with the International Supercomputing Conference (ISC) 2010 in Hamburg, which starts on 30 May.

Got a news tip for our journalists? Share it with us anonymously here.
itweek.co.uk @ 2010 Incisive Media
Tags:
27addsbetaclusteringhardwarehpcmicrosoftnetworkingsoftwaretowindows