Metro Trains fined $1.2m over IT fail that downed network 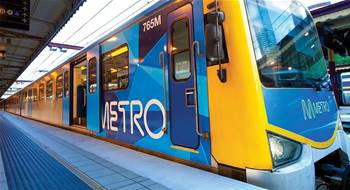 Melbourne's train operator Metro Trains has been fined $1.2 million over the IT outage that shut down the commuter network during rush hour in mid-July.

The technology failure - which was attributed to a server in the Metro Trains control room - left thousands of passengers stranded for several hours on July 13, with 224 services cancelled and 378 services running late.

Public Transport Victoria said the figure was the maximum possible penalty that could be imposed for the train operator's failure to meet its monthly performance targets.

It called the network outage "unacceptable".

"Without the outage incident on 13 July, punctuality would have been greater than 90 percent and delivery over 98.5 percent for the month," PTV said in a statement.

Metro Trains is currently negotiating with the Victorian government to renew its Melbourne train network contract.