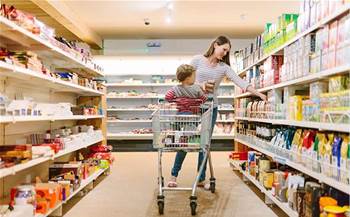 Metcash - the listed parent of IGA, Cellarbrations and Mitre 10 - said it is making "good progress...on a wide range of digital initiatives" in its retail brands, with online sales up 140 percent for the full year, albeit off a low base.

Group CEO Doug Jones told investors during its full year 2022 results that “it's true to say that we started late [on digital] but [adoption] was spurred on by Covid”.

Jones provided an update on digital progress across the group's brands.

He said that 190 IGA supermarkets are now live on the IGA Shop Online platform, “which implies more than 90 have signed up" since November last year.

“That means we're confident of achieving the target of 800 IGA stores on the platform by FY25," he said.

Jones said Metcash will “continue to invest in the platform” in a “sensible and deliberate manner, continuing to work with partners, we maintain the pace of growth while keeping costs in check.”

Metcash also reported its continued rollout of new ecommerce platforms in the food and liquor networks.

It also said that online sales through its digital platforms in Independent Hardware Group (IHG) and Total Tools now represent around six percent of total network sales in hardware division.

“Both food and liquor teams will continue to work with and learn from IHG and particularly Total Tools colleagues," Jones said.

“As you can see, hardware are leaders in the ecommerce, digital engagement and loyalty space.

“They've done this through sensible investments in practical tools and this has delivered increased traffic and improved conversion through more relevant and personalised engagement and expanded online offers.”

Jones added wholesale brand Campbells will be launching an ecommerce pilot called CampbellsPlus in July to build its services “beyond their warehouse range by connecting buyers and sellers online.”

“This project has two key areas of focus," he said.

"Firstly, we're replacing, de-risking and modernising our core systems, We are going to do this in order to reposition Metcash as a modern technology-led wholesaler by replacing our legacy systems with an integrated Microsoft Dynamics 365 ERP platform.

“Secondly, we aim to significantly improve our processes and to do that through standardisation and simplification so that we're easier to do business with.”

Jones said Metcash has now “finalised the scope” and extended it in a couple of areas, including Campbells point of sale.

“We're doing this to build a more stable business for [Campbells] and to better integrate it into Metcash so that we can reduce the future integration costs," Jones said.

Jones added since its core finance module went live in November, Metcash “completed the first financial year under that system.”

“Now that we've chosen Dynamics 365 as an integrated solution, it's great that we're working closely with Microsoft," Jones said.

“We've got a good strong partnership with them and they're continuing to build key functionality into their core releases.

“This is relevant because that platform approach has already allowed our IT team to do an upgrade to the latest release.

“This demonstrated the robustness of the solution design. It also gave us the ability to adopt new features and functionality as they're delivered by Microsoft without business interruption or further investment being required."

Metcash also announced it has signed a long-term lease with Goodman Group to build a wholesale distribution centre in Truganina, Victoria.

The new centre will replace a current facility in Laverton.

It will house products for both the food and liquor divisions, and be equipped with automation to suit the company’s retail networks.

The new centre will cost $70 million, with about $20 million of that cost to be incurred in FY23.

Construction is scheduled to start in the first half of FY23, with completion expected mid-2024.

Jones said the centre “will give us additional capacity across a wide range of categories.’

“It will deliver improved service to our retailers and on-premises customers as well as a better route-to-market service for our suppliers," he said.