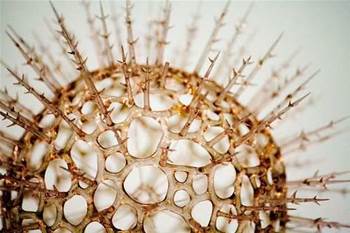 Security researchers said Tuesday they have come across a new strain of espionage malware that has successfully infected 800 different organizations this year in the Middle East to steal information and spy on communications.

The victims are nabbed via enticing "spear phishing" emails that come outfitted with malicious Microsoft PowerPoint and Word files that trick the recipients into installing a trojan dropper by presenting them with pleasant outdoor images. In another case, the malware downloader was disguised by an actual article on cyberwarfare that appeared in The Daily Beast.

No zero-day vulnerabilities were needed -- the victims were infected by merely running the malicious code, dubbed Mahdi (which roughly translates Messiah), said Aviv Raff, CTO of Seculert, an Israeli security firm that first discovered the threat in February.

Raff told SC he and his team found that the malware's communication strings were written in Persian, which caught their attention as they had never seen that before. Persian is mostly spoken in Iran and Afghanistan.

The malware is capable of logging keystrokes, recording audio and capturing screen shots.

It's too early in the studying process to consider Mahdi something similar to the U.S.-engineered Flame virus, which was unique for its complex code and world-class delivery mechanisms, both of which are not seen in this malware.

But Raff said the type of victims and targeted nature of the espionage assaults means the possibility exists that the malware secured nation-state backing.

He said analysis found that each infected machine communicated with the command-and-control (C&C) server by using a unique identifier and a prefix for each targeted organisation.

Researchers determined that, based on the prefixes, about a dozen people were involved in the espionage operation, meaning it may have necessitated a heavy financial investment.

"It requires many people to do this work manually, both sending these spear phishing emails and going through the surveillance data it collects," Raff said.

He added that the attack has been ongoing since roughly December -- the attackers initially set up their C&C server in Iran but moved it to Canada -- and that "large amounts of data" have been collected in the campaign by its adversaries.

Why nobody flagged the malware prior to Seculert, which turned up in its honeypot traps, is unclear.

"It was probably detected, but went under the radar," Raff said.

Got a news tip for our journalists? Share it with us anonymously here.
Copyright © SC Magazine, US edition
Tags:
flamemahdimalwaresecurity