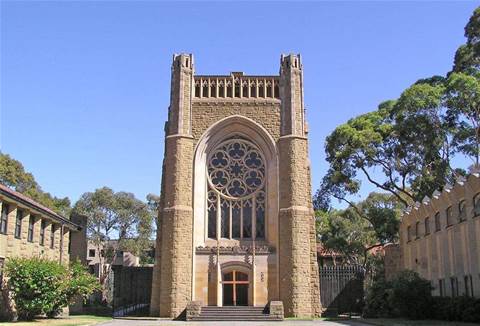 Wireless broadband researchers at the University of Melbourne have commenced a five-year project to optimise smart antenna technology.

The project was launched in early October in collaboration with NEC Australia. It is supported by a $4 million linkage grant from the Australian Research Council (ARC).

"Future wireless networks are likely to based around a MIMO-OFDM physical layer," he said, noting that the technology provided a superior air interface to current generation systems.

"While much is known about single-link MIMO and OFDM systems, many questions remain to be answered on how best to design a network when the underlying physical layer is based on MIMO-OFDM."

Evans explained that MIMO-OFDM networks had "an enormous amount of flexibility", which led to a host of system optimisation problems.

The project would build on the researchers' previous work into resource allocation and network architecture design to improve speed, reliability and efficiency, and potentially increase system capacity.

MIMO-OFDM, which stands for multiple-input multiple-output orthogonal frequency division multiplexing, is used in some wireless LANs today. It is an area of interest for vendors such as Intel.

Outcomes of the University of Melbourne-NEC collaboration also could play a role in future upgrades of the wireless component of the National Broadband Network, Evans noted.

He highlighted NEC's "strong connections to the standardisation process" and said the project had "the potential for NEC to have IP embedded in future wireless broadband standards with associated flow of royalties to NEC and the University of Melbourne."

The project would involve the University's researchers, NEC research engineers in Australia and Japan, as well as Stephen Hanly at the National University of Singapore and other international collaborators.

"We're already developing devices for 4G, and recognise the need to look even further afield to shape the standards and technology for 5G and beyond in response to the global appetite for mobile broadband," he said.