Melbourne IT to explore sale of business units 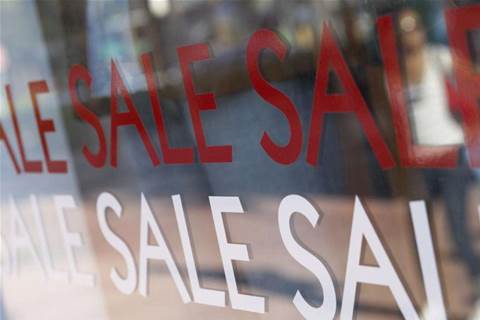 Melbourne IT has flagged the possible sale of parts of its business to a large offshore organisation as it grapples with the impact of deferred contracts and general trading conditions.

In a financial filing (pdf), the firm said its board proposed to "hold further discussions with a number of parties" that had previously "indicated interest in potentially acquiring one or more divisions" of Melbourne IT.

"Our belief is that by undertaking a formal strategic review, shareholders will benefit from unlocking the intrinsic value of our businesses, customers will benefit from more focused execution and operations, and staff will benefit through increased investment specific to the needs of each business division and its customers," the firm said in a statement.

Melbourne IT indicated that "a number of new opportunities that were expected to come through in the second half of 2012" had been delayed and weren't expected until next year.

The firm's eBusiness Solutions division has been hurt by "aggressive competitor activity, especially on pricing". The division covers services like website design, hosting and online marketing.

Digital recording and content management division, ForTheRecord, has been impacted by "significant reductions and 'holds' in US Federal and State Government spending".

Some delays were being seen in enterprise hosting, but the firm reassured that the Enterprise Services division was performing better year-on-year.

However, the firm noted that " the delays in ICANN's rollout of its new gTLD program and the correlating changes to the new naming system until 2013 have curtailed ... growth expectations in 2012 to more modest levels".

Melbourne IT had originally anticipated that it would complete a transformation project running since 2010, but this has also now been delayed.

"Expected completion is now likely to occur late in 2013," the firm said.

Melbourne IT said it believed it would see growth in revenue and profit "from 2013".