Melbourne IT acquires Netregistry for $50.4 million 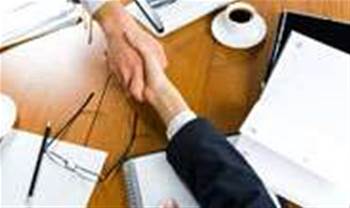 Hoping 2014 is the year of revenue turnaround.

Melbourne IT today announced its acquisition of web hosting and domain name provider Netregistry for $50.4 million.

The buyout of Netregistry, which on past performance should generate about $6 million in profit before tax per annum, comes as Melbourne IT posts yet another year of revenue decline.

Melbourne IT's full year results to 31 December 2013 revealed a five percent decline in revenue to $103.4 million, and a net profit of $6.2 million, down 29 percent year on year.

The merger is expected to generate efficiencies worth about $5 million by 2015.

“Both of our technology stacks are very scalable so we will be able to piece those together to create one technology platform,” said acting Melbourne IT CEO Peter Findlay, adding that he would choose between the “best parts” of Melbourne IT’s new Oracle stack and the Netregistry infrastructure.

Findlay said that he expected the deal, which was signed last night and now is just awaiting regulatory approval, to begin delivering better self service and a better online experience for customers “almost immediately” thanks to the acquisition of Netregistry technology and IP.

“Netregistry is probably about 12 to 18 months more advanced than us in terms of control panels and customer self services,” he said.

“Hosting, particularly in our webcentral plan, has been a real bleeder for us,” Findlay said via teleconference.

Netregistry’s 100 Ultimo-based staff are expected to be moved in with Melbourne IT’s Sydney offices once the acquisition closes.

Netregistry founding CEO Larry Bloch will also transition over to Melbourne IT as a non-executive director and will sit on the board, and Melbourne IT has indicated that the hosting provider’s key management team and staff will be retained.

Melbourne IT believes that it is on track to boost earnings to $10 million to $12 million EBITDA in 2014, before the Netregistry contribution and subsequent efficiencies are taken into account.

Incoming CEO Martin Mercer is set to set the direction of the merged firm from April.