Melbourne and Perth in race for Kaspersky data centre 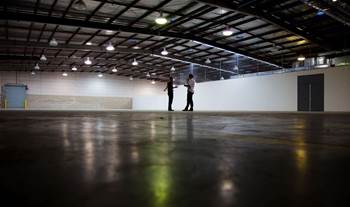 Which data centre in Melbourne or Perth will get Kaspersky's next co-lo facility?

Capitals west and south have emerged as likely candidates to locate Kaspersky’s next Australian data centre.

The Russian anti-virus vendor has two co-located facilities in Sydney but its interstate expansion will depend on hitting a critical mass of 20,000 to 25,000 users at the chosen site, said Kaspersky’s cloud services director for Asia-Pacific Bernie Bengler.

Although Melbourne, where the business’s Australian operations were based, was the front-runner, Bengler said there was increasing demand for hosted services on the west coast that could see Perth emerge as victorious for the next data centre.

Bengler ruled out installing racks in Kaspersky’s Melbourne offices or getting into the data centre business. It made more sense to partner with a data centre operator and use their contacts as a channel, he said.

Bengler said that an approach from a services provider or telco could put Perth over the top.

“We worked with larger telcos in Europe who said they wanted their own services and we went with it,” Bengler said.

Data centre operators in Perth included Fujitsu, Amcom, and Perth iX and in Melbourne candidates may include Vocus’ e3 Networks or Harbour MSP.

Kaspersky’s Sydney facilities rumoured to be at Equinix and Global Switch data centres could handle 100,000 Australian users with the customer offered the option of failing over to Singapore or experiencing an outage, he said. But government agencies, some miners and defence contractors that make up a big part of the industries in the western states tend to shun offshore services for policy and confidentiality reasons so would brown out. And traversing the Nullarbor for their services could degrade availability and response times.

Kaspersky, which claimed No.2 position in the consumer market and No.4 in the enterprise, aimed to reach No.1 outright globally by revenue and customers protected before the Sochi Winter Olympics in 2014.

Its hosted or cloud services acted like a proxy, standing between a customer and the internet, sifting email and web-borne malware to provide a clean feed. Kaspersky was aiming to grow its cloud services through the channel and to balance its portfolio between business and consumer users while providing services built into other vendors’ appliances such as those provided by Juniper and Checkpoint.

Bengler said the anti-virus vendor expected to see many more targeted attacks against individuals and companies in the year ahead.

iPhone left out of AV

Although there was a need for anti-virus agents on smartphones, Apple’s restrictive licences and denial of access to its core functions was inhibiting anti-virus vendors, Kaspersky technical manager Nigel Hedges said.

Instead, Kaspersky will sell a new line of products this year that will protect smartphones such as Android, which has suffered from attacks in the past year.

Also on the list of endpoints gaining coverage was Mac OS X and Linux.

Kaspersky also promoted its use of local support helpdesk and channel strategy as a differentiator.

Country manager Andrew Mamonitis said the company was looking to expand into data-loss prevention and cryptography to bolster its traditional anti-virus products. But there were no plans to buy a security consultancy to extend its reach into services, he said.