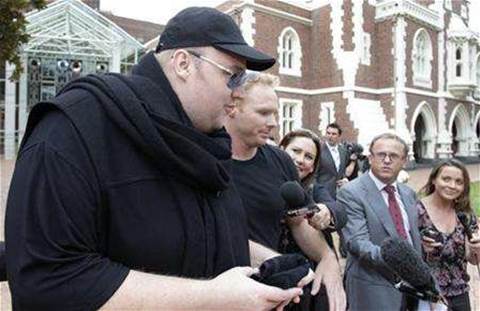 Megaupload founder Kim Dotcom talks to members of the media as he leaves the High Court in Auckland February 29, 2012. (Credit: Reuters/Simon Watts/Files)

Can also sell some luxury cars.

A New Zealand court has granted Megaupload founder Kim Dotcom access to an additional NZ$6 million ($4.6 million) to pay legal fees and living costs, loosening restrictions placed on the Internet tycoon under investigation by US authorities for online piracy and fraud.

The funds will be secured against a NZ$10 million government bond. The court also allowed Dotcom to sell part of his stable of luxury cars confiscated when New Zealand authorities raided his home in January at the request of the US Government.

Dotcom, a 38-year-old German national also known as Kim Schmitz, was arrested during the raid.

Most of his assets have been frozen as US authorities claim the eccentric entrepreneur's fortune has been gained through illegal activity.

The New Zealand high court last month ruled that the raid and evidence seizure were illegal.

Dotcom is fighting extradition to the United States, where he is accused of leading a group that netted US$175 million ($169 million) since 2005 by copying and distributing music, films and other copyrighted content online without authorisation.

His movements are restricted pending an extradition trial next March.

"The plan of the US Government and New Zealand prosecutors to keep us locked up and from access to a proper legal defence has failed," Dotcom said in an email to Reuters.

"We have a competent legal team that can now operate at full capacity to defend us."

Dotcom maintains that the Megaupload site was simply an online storage facility, and has accused Hollywood of lobbying the US Government to vilify him.

Wednesday's decision enables Dotcom to pay legal fees, which have totalled around NZ$2.6 million so far and are expected to snowball through his trial. The court had earlier allowed Dotcom access to NZ$750,000.

The proceeds will cover living costs for Dotcom's family of seven, including NZ$1 million in annual rent for their estate outside Auckland, valued at around NZ$30 million.

Funds from the sale of vehicles will be withheld from him pending a court decision on how they may be used. (Reporting by Naomi Tajitsu; Editing by Ron Popeski)