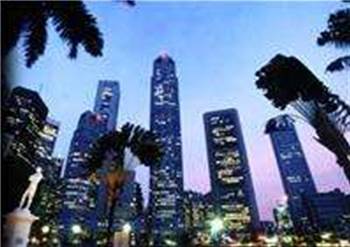 Permission to set up in city-state.

Bevan Slattery's network interconnection start-up Megaport will invest an initial $17.8 million to roll out dark fibre in Singapore after receiving regulatory approval to operate in the city-state.

The initial dark fibre investment is slated at SG$20 million ($17.8 million), and rollout works are expected to take between six and 12 months. Phase one will see dark fibre laid between "two Megaport locations".

However, if the network is expanded to its full potential, Megaport's investment could scale up to between SG$40 million and SG$50 million, the company said.

This would see the network connected to "additional data centres and cable landing stations, as well as creating physical diversity between sites".

Megaport's Bevan Slattery will be speaking at the Australian Data Centre Strategy Summit at the Gold Coast Marriott on March 18-20. Tickets are still available.

Megaport warned incumbent telecommunications players in the city-state that it would price dedicated higher bandwidth services at "less than half the cost of similar services currently available in the Singapore market".

Slattery said Megaport expects to open a Singapore office "early in the second half of 2014". It is expected to house about six employees by the end of this year and a further 12 in 2015.

Megaport has appointed two executives to front its Singapore operations while in start-up mode.

Michael Glynn is the strategic sales director for Asia, splitting his time between Sydney and Singapore. He is formerly of Vocus Communications and PIPE Networks.

Belinda Flanders has been appointed channel and partner manager for Asia. Sydney-based Flanders — formerly with data centre operator NextDC — will relocate to Singapore once the new Megaport office opens.

Megaport said it has amassed over 100 customers since launching in Australia in July 2013. It has a presence in 18 data centres.

See Bevan Slattery face off with other network entrepreneurs at the iTnews Fibre Breakfast.