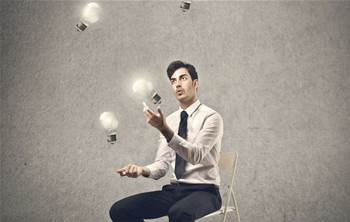 If managing the business critical IT for one emergency services organisation seems daunting, imagine taking on three at once.

Jenson Spencer doesn’t need to imagine. He has just assumed IT oversight for the Queensland Police Service, Department of Fire and Emergency Services as well as the state's Ambulance Service under the new Public Service Business Agency.

Plucked from the private sector - in which he worked stints at Virgin, iSeek and Aurizon - Spencer was previously the CIO at the former Department of Community Services for just two months when the emergency services portfolio was turned on its head.

The PSBA has been operating since November last year, the product of Mick Keelty’s review into the state’s emergency services operations. The agency holds responsibility for the back-office corporate functions of fire & emergency services plus ambulance IT, and will officially welcome the QPS into the fold as of July.

Converging the three services will be a big job, but assimilating an IT team of 750, plus contractors - which Spencer describes as consisting of “two different cultures” that “have built their systems and processes in their own distinct ways” - may be even bigger.

Luckily for the CIO, the PSBA already has a few hundred iPads up its sleeve which are sure to go a long way towards winning favour amongst its new user base.

In keeping with the ethos of leveraging technology investments right across the portfolio, the PSBA is looking into expanding the Queensland Police's high-profile iPad capability across ambulance and fire and emergency services.

“I think we can expect to see firies and paramedics with tablets at some point,” Spencer told iTnews.

Police Minister Jack Dempsey told parliament last week the iPad and iPhone roll-out had reached 500 within the police force. It is estimated that each iPad-equipped officer saves an average of 30 minutes each shift as a result of not having to return to the station to type his or her notes into the central QPRIME database.

Spencer said there were 200-300 more devices currently supporting trials of the technology in the other agencies.

“We have the devices out there. The challenge now is understanding where they’re going to be best used and where we should focus our attention in terms of app development.

“Instead of investing in an app for just one agency, we need to ask if there is an app that we can build that will service all three agencies," he said.

“A common hardware platform makes the applications easier to manage and integrate across the portfolio. We can hand out iPads and depending what profile the user fits into - whether they are police or a fire fighter - they will be able to get their own apps.”

But for Spencer, mobility extends beyond tablets. He and his new IT team are working towards giving police officers the capability to access internal systems from any of the force's 1400 state-wide sites.

Spencer hopes such short-term tactical projects will help build up a reputation for the new agency as a group that listens to its user base and works with them rather than on their behalf.

“Typically these sorts of projects would take months, or a year. We are going to deliver them much quicker and provide a visible benefit to our user base.”

He is planning to extend remote access to email right across the portfolio as a priority, a capability that some pockets of the cluster still can’t access.

“We’re here to create a brand that delivers,” he said.

Shared services by another name?

One obstacle to selling the concept of the PSBA across the state, and getting into the good books of its customer base, is the lingering legacy of shared services in Queensland.

Where the state once had a whole-of-government shared services scheme, it is now dismantling the model piece by piece – a process which accelerated after the approach was blamed in part for the $1.2 billion health payroll failure.

“The comparison to being a shared service will be our ongoing challenge,” Spencer said.

“But our CEO is absolutely determined to ensure that we don’t fall into any of the traps of the past, that we do it differently, that we stay accountable and very close to the business units to make sure we are connecting with them.”

He said the regional emergency teams in particular, which can find themselves spread thin, are “extremely excited” about the prospect of sharing resources between the different agencies.

Spencer’s first goal is to see the ISO 27001 security framework implemented right across the portfolio to lay the groundwork for the mobility measures he wants to expand in the future.

Most Queensland agencies currently work to the cut-down IS 18 standard, which allows compliance to be self-assessed.

“I would like our organisation to go through that certification journey, which means we will be independently assessed,” Spencer said.

“That will raise the bar in terms of how we handle our security and our policies, particularly in light of mobility reforms."