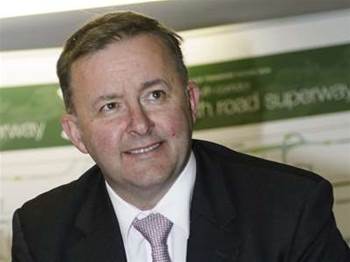 Deputy Prime Minister Anthony Albanese has been appointed Australia's Communications Minister after Stephen Conroy opted to resign from the position.

Albanese will add Communications to his current Infrastructure and Transport and Regional Development and Local Government portfolios.

Albanese has limited experience in the technology sector. His political background has been in infrastructure, transport and government. Prior to joining the ALP, Albanese studied economics at university.

As the new Communications Minister Albanese will be tasked with leading the build of the Government's $37 billion national broadband network until the federal election, expected at some time between August and September 2013.

Conroy was a vocal supporter of Gillard and subsequently chose to step down from his position.

Champion of the IT pricing inquiry, Ed Husic will support Albanese in the portfolio, today being promoted to the position of parliamentary secretary for Broadband.

Husic, the representative of the western Sydney seat of Chifley, became the first Muslim to be elected to federal parliament in 2010 when he won the seat.

Prior to his career in politics, Husic worked in the communications divisions of the Australian Workers Union (AWU), Integral Energy, and the Communications, Electrical and Plumbing Union (CEPU). He was later appointed the national president of the CEPU.

Husic took on a consumer advocacy role by leading the government inquiry into pricing of IT hardware and software in Australia. The inquiry singled out the likes of Apple, Adobe and Microsoft for hiking up pricing of their products sold in Australia.

Husic publicly announced his support for Prime Minister Kevin Rudd at the March 2013 leadership spill, forcing him to resign his position as Government Whip when then-Prime Minister Julia Gillard won the caucus vote.

Former Human Services Minister Kim Carr has been reappointed to the Federal Cabinet in charge of the Innovation portfolio following the resignation of former minister Greg Combet.

Carr stepped down as human services minister in March after supporting an unsuccessful attempt to reinstall Kevin Rudd as Prime Minister.

Carr has history in the technology area. His first stint at running a portfolio was as Shadow Minister for Science and Research for three years from 2001. He additionally took on the Industry and Innovation portfolio for one year from 2003.

Carr became the Minister for Innovation, Industry, Science and Research in December of 2007 after Labor won the federal election. He kept his portfolio after being re-elected in the 2010 federal election, until being dropped from cabinet in December 2011.

He was appointed Minister for Human Services by then-Prime Minister Julia Gillard in March last year, before resigning a year later for his role in the unsuccessful leadership spill.

Former Sports Minister Kate Lundy has been moved across to the multicultural affairs portfolio, and has picked up the roles of the Minister Assisting for Industry and Innovation and for the Digital Economy. She has held both the Multicultural Affairs and assisting minister for Innovation positions previously.

Lundy held the shadow portfolio for Information Technology in Opposition in 2001 and 2004, and assisting on the portfolio in 1997 and 1998.

Lundy has participated in every Senate inquiry related to telecommunications and IT since 1998, including on cybersafety and the national broadband network.

She is noted for her advocacy of the digital economy and is a patron of Women in Information and Communications, a not-for-profit aimed at championing women in IT.