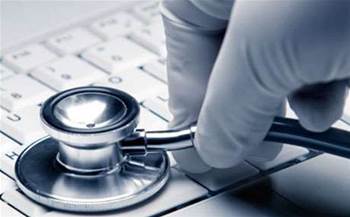 The continuing deterioration of the Medicare payments system has seen an increase of outages and potential security threats over the last 12 months, Australia's national auditor has found.

It explains the almost $17 million handed to the Department of Health in this week's mid-year economic and fiscal outlook (MYEFO) to shore up the system.

It is made up of 200 separate applications and 90 different databases, which were largely developed for the previous in-person service model rather than today’s electronic services.

While the system is expected to reach end of life in just over two years’ time, issues stemming from the age of the underlying IT infrastructure have long been a concern of public servants.

The department currently plans to move to a new digital payments platform, using the $67.3 million it was handed in this year’s budget.

But an audit of the administration of Medicare electronic claiming arrangements released yesterday reveals the extent of the issues are far worse than previously publicised.

“System incidents, including outages and technical problems that prevent providers from lodging claims, and potential security risks have increased over the past 12 months as a result of current systems degradation,” the audit states.

“These incidents highlight a number of system limitations from the old mainframe technology that underpins the current Medicare payment system.”

For example, system degradation caused outages to both the ECLIPSE and Medicare Easyclaim channels in May 2017, with both also “performing below expectations for the month”.

The Department of Human Services –which operates the system – is said to be “aware of the need for remediation, and are currently undertaking a range of activities to maintain minimum standards of compliance, operational stability, and system availability consistent with existing performance measures”.

“Identified risks are being progressively addressed through an ICT health remediation program ...[that will run] to the end of the 2021 financial year," the audit states.

The audit also reveals that the shift to a new digital payments platform “will include a review and possible rationalisation [of claiming channels]”, which the auditor-general has endorsed.

The findings come a day after MYEFO revealed that $16.6 million will be funnelled into the health and aged care payments system during 2017-18 to keep the lights on.

The department will use the funding to conduct “remediation and essential maintenance” of existing payments systems, and to ensure that IT platform remains in the hands of the public sector.