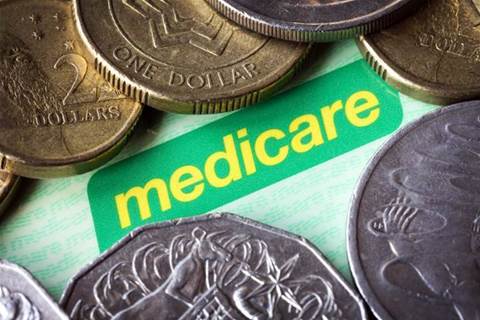 The outsourcing of Medicare payments processing might be politically dead in the water, but banks will soon get to fight over the remains of a Howard era payments modernisation push, with a tender to provide the popular Medicare Easyclaim now in the market.

Under the latest deal offered to banks and payment services providers, institutions will not be able to charge the government for processing electronic and digital Medicare claim refunds but will instead have to pass the costs through to healthcare service providers like doctors.

The tender also confirms that the Morrison government is unlikely to revisit the outsourcing of Medicare payments processing to banks or payments networks in its current term following the ‘Medicscare’ political weaponisation of its previous attempt to move off ageing mainframes.

The deal now on offer is also a far cry from when Easyclaim was first established, with doctors extracting a subsidy from the government for putting though Medicare refund claims at the surgery via the eftpos network rather than sending patients online or into Medicare offices to claim.

At the time a $100 million deal was struck for doctors to start using the system, then Human Services minister Chris Ellison quipped that a meal he had with former Australian Medical Association chief Rosanna Capolingua to cement Medicare support turned out to be the most expensive lunch he'd ever had.

When Easyclaim was launched in 2006, the government had to entice doctors to take-up the service by offering payments to surgeries, with only the Commonwealth Bank, NAB and the then nascent Tyro offering automated refunds.

The transaction is not exactly simple. A patient pays a doctor a full consultation fee, with a message fired off at the same to Medicare to release the appropriate rebate to the patient’s account, with the patient essentially only paying the gap.

The system could work by patients just paying the gap to the doctor – which in effect is what happens – but successive governments have opposed this because they think doctors will just jack up their fees to meet the level of the rebate.

One of the successful first prototypes of automated government payment services, Easyclaim has generated massive savings for the government and remains well liked by consumers.

At the time Easyclaim was launched, the cost of processing a paper, over the counter Medicare refund claim a was around $11 per transaction, a key reason the government was initially prepared to subsidise doctors for processing electronic refunds.

Under the current tender, rather than banks being paid to process the Easyclaim system, providers will have to have to recoup their costs from doctors and health care providers through merchant service fees.

“The Department will not pay the Tenderer fees for provision of the Easyclaim Claiming Services. However the contract that may be entered into between the Department and a successful Tenderer(s) (in the form of the Draft Contract) does not impose any limitations on the charging of fees by successful Tenderers to health professionals,” the tender documents say.

But there is some scale and volume on offer.

The deal on offer is also sufficiently low margin for the cost of Telstra connectivity for inbound transactions prom payments providers to be met by the government.

The tender closes on 22 November 2019, with an industry briefing slated for 30 October at Human Services Tuggeranong headquarters in Canberra.