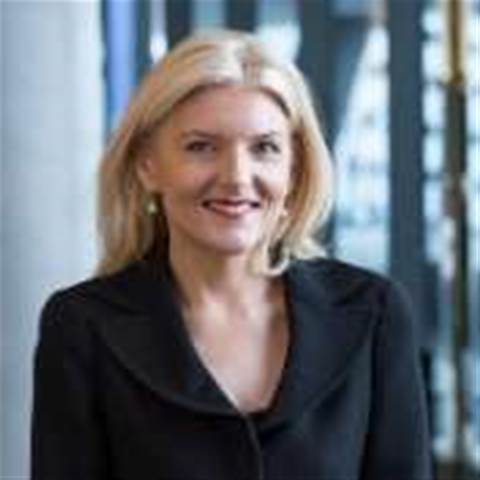 ASX-listed private health insurer Medibank Private has lured a technology executive from ANZ Bank to become its new head of IT and operations, and take the lead on its mammoth systems overhaul.

Sarah Harland will assume the new title of executive general manager of technology and operations, and will sit on the executive committee when she joins the insurer next January.

Her CV boasts almost five years as the general manager of technology group functions at ANZ Bank. Prior to that, she spent more than four years as the chief information officer at the UK's National Health Service.

Harland will be tasked with leading IT procurement and Medibank's transformation program.

The health insurer is most of the way through a $150 million technology renewal project, centred on the replacement of its core policy and customer relationship management systems.

It started progressively upgrading its core platforms four years ago, and has so far replaced its three claims processing systems.

The renewal project will decommission its legacy mainframe, upgrade its digital sales and services systems, improve data warehouse and business intelligence systems, as well as completing the so-called 'Project DelPHI'.

DelPHI is the flagship initiative of the renewal program and will replace customer, policy, premium and product management systems for Medibank with a single, integrated commercial insurance software suite.

The software will be supplied by SAP, and the integration services will be provided by IBM.

Once the project is complete, Medibank says all its key legacy systems will be running on new platforms. It expects to wrap up the overhaul next year.

Medibank listed the project as a key risk in its 2014 prospectus. IBM and SAP were the same duo behind the notoriously failed Queensland Health payroll project.

"A failure to complete the IT renewal program on time, within budget and with the required level of functionality may have an adverse impact on customer service, financial performance, regulatory compliance and future competitiveness," the Medibank prospectus noted [pdf].

Medibank employs around 375 IT staff and contractors who support more than 300 applications and 1500 servers.

Harland's position appears to be an indirect replacement for former Medibank CIO Brett Winn, who departed the insurer in August after a year and a half to join CitiPower and Powercor Australia as interim head of IT.

Medibank has been contacted for clarification.