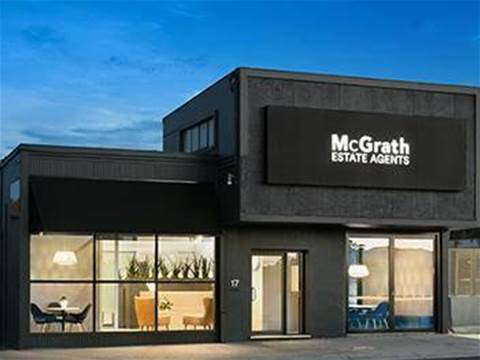 ASX-listed real estate firm McGrath is set to embark on a digital transformation, hiring in a new head of digital to pull together an end-to-end strategy before the end of next month.

The company, which has struggled since listing in late 2015, said in August last year that it was turning to data and technology to improve the agent and vendor experience.

What that looks like is about to become much clearer.

iTnews can reveal that McGrath has hired Ross Hoier as its first head of digital. He is set to start work on Monday February 18.

Hoier comes fresh from leading a large-scale digital transformation at TEEG, where he was group global head of digital.

The name TEEG might not be instantly recognisable but its brands likely are: they include Timezone, Zone Bowling (formerly AMF Bowling), Kingpin and Playtime.

Speaking at IBM’s THINK 2019 conference in San Francisco, Hoier said he was “really excited about the transformation journey possible” at McGrath.

“Real estate is in a situation in Australia where to have a point of difference, you’ve really got to evolve,” he said.

“It’s really crunch time for that type of business to transform, both from an overarching but also from a digital perspective. I’ll be heading that digital layer.”

Hoier indicated that McGrath could move relatively quickly on the transformation, with the first pieces in production by September.

“We’ve committed to the CEO [Geoff Lucas] that we’re going to deliver an end-to-end digital strategy [on paper] by the end of March,” Hoier said.

“The peak selling period in Australia for real estate is September so that’s when we’re going to have to have at least something on the table to be able to illustrate [our direction and capabilities] to the business, and then we’ll build on top of that.”

Hoier said there was a lot for McGrath to work on in the digital space, and indicated there was an internal appetite to “move fast”.

“The key place we’ll start is with the data we do have from customers that purchase through us, but it’s a challenge in that space because 70 percent of the business is franchised so [they’re likely to be] much more protective of their data,” he said.

“Our success in that space will be down to how we sell that in.

“The next biggest challenge we’ll have is around the website. It’s on an old legacy platform. We’ll need to get the foundation right very quickly but then use that to build everything else that’s required on top.”

He also saw content as an important way to differentiate.

Hoier said he had already turned his attention to the task of building out a team to handle the digital transformation work.

“I feel they’ve still got an education piece to get to,” he said.

“It’s going to be difficult [putting together the right team]. I’ve already started putting some thinking around it.”

Ry Crozier is attending IBM THINK 2019 in San Francisco as a guest of IBM.