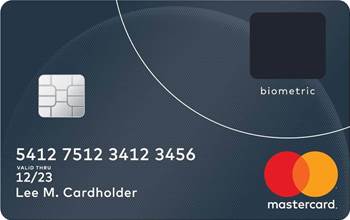 Mastercard is testing fingerprint-based biometric authentication for transactions done with credit and debit cards, a technology it believes delivers convenience and security to users and merchants.

Specially equipped cards have been used in trials with South African bank Absa and retailers Pick'n'Pay, which feature a fingerprint scanner similar to those used for mobile payments systems.

Customers enrol in the Mastercard fingerprint authentication system with their banks. Card issuers, and retailers do not require any new hardware or software.

Once enrolled, the scanned fingerprints are stored on the card as encrypted digital files, Mastercard said.

In-store payments are completed when customers slot the card into a retailer terminal, while holding a finger on the scanner on the card to verify their identity.

Mastercard said it is aiming to develop a contactless card with the fingerprint sensor as well, and hopes to launch trials of the biometric authentication system in Europe and the Asia-Pacific in coming months.

Biometric authentication in the place of signatures or PIN codes is becoming increasingly popular as a more secure option for consumers and retailers.

Apple is using fingerprint authentication for payments, through the Touch ID sensor on newer iPhones and iPads, for its Apple Pay system.

Users can also authenticate Apple Pay transactions on the web through Touch ID on mobile devices, in the Safari browser running on Mac laptops and desktops.