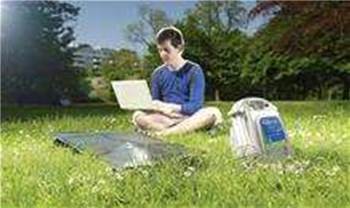 A council team is now exploring the feasibility of the proposal and is due to report back to council by the end of the year.

Under the proposal, free internet services could be provided in Camperdown Park, Johnson Park, Marrickville Park and Tempe Reserve.

Kontellis framed the proposal as beneficial to social inclusion.

"I'm particularly conscious that there are people in our community who cannot afford to hop onto the internet in the same way I can," she said.

"Being able to provide that as an added service is something that Marrickville's really keen on doing."

Kontellis said that the feasibility study will look at who the likely users are, the costs and the impacts free wi-fi would deliver to the local community.

She was hopeful the cost would run into the "few thousand dollars a year".

Kontellis also acknowledged concerns raised by other councillors in September that a free wi-fi network could introduce "adverse health risks".

"I doubt that providing free wi-fi is going to make any major additional impact onto all the electromagnetic stuff that we're dealing with every day but I could be wrong," she said.

"The team will be looking at that. [But] if it's going to add to [health] risks then of course I wouldn't vote for it."

Kontellis said councillors will vote on the proposal once the report is finalised. If passed, it would progress to trial phase where constituents could use and provide feedback on it.

"We don't have to go out on consultation on this issue," she said.

"We may choose to but I can't see that we would. If we decided to go [ahead] we'd just do it."

Kontellis said it was unlikely that the network would be expanded to retail districts as was proposed in an amendment proposed in September.

"I didn't absorb that amendment into the motion," she said. "I didn't want the idea to get lost."