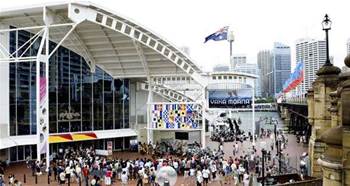 The Australian National Maritime Museum plans to be an early adopter of Microsoft's hosted Office 365 service, some 12 months after outsourcing its messaging and website hosting requirements to the vendor's Singapore-based cloud.

The move to consume office productivity software as-a-service is the next step in the museum's 12-month journey to reduce its IT operating expenses.

Eighteen months ago, Karen Holt took on the position of head of Information Services at the museum, and was charged with completing a strategic review of its infrastructure.

The IT infrastructure, she said, was "ageing" - some equipment 10 to 20 years old, due to both plummeting IT budgets and prohibitive government procurement procedures.

Information was stored in disparate data sources that were "jealously guarded by information owners", she said.

Most applications were at end-of-life and unsupported, kept in operation by outsourced one- and two- person break-fix teams.

The museum's email system was an unsupported version of GroupWise, which created issues when attempting external access and caused corruption errors during backup procedures.

Holt decided that the museum would need to restrict its future to a commercial, off-the-shelf technology platform for ease of management.

"We will never have the internal resources to manage bespoke applications," she said.

The Musuem virtualised its server fleet and upgraded its analogue PABX to a hosted IP telephony solution from Telstra.

Holt then decided to outsource the management of messaging to an SaaS provider. The Museum, a Commonwealth Authority (CAC) by definition, isn't subject to the same rigorous rules as FMA agencies.

Holt also didn't view email as an area of concern for data sovereignty.

"We are not a secretive organisation," she said. "Our mandate is outreach - to get lots of information out there. Our challenges are different to [most] in that regard."

The team conducted a competitive analysis of two "major providers" of hosted email on the basis of reliability, cost, features, integration and roadmap.

"We took a degustation of public cloud, where it fits in," she said.

During her presentation at the CeBIT conference on Tuesday, Holt outlined some of the crucial choices she had to make to decide exactly how to approach Microsoft's cloud service.

The organisation could have consumed the software as-a-service via a local SaaS provider or systems integrator.

But doing her research, Holt discovered the museum was eligible for educational licenses when purchasing services direct from the vendor, which was slightly more cost-effective.

"It turns out to be slightly less expensive than licensing and supporting the application on-site," she said.

The migration, facilitated through a Microsoft partner, went fairly smoothly, she said.

The vendor provided helpdesk services during nights and weekends, when the Museum often ran events, she said.

Such was the experience that Holt said the organisation was interested in adopting Microsoft's hosted office productivity suite, Office 365, when it becomes available in Australia.

She is also anticipating integration of Office 365 and Microsoft Lync with Telstra's hosted IP telephony solutions within the next 12 months.

"We now have a very small team that delivers better outcomes with less staff," she said. "We have reduced our dependence on consultants and contractors. We've also taken away that requirement for finding people with a broad range of technical skills."