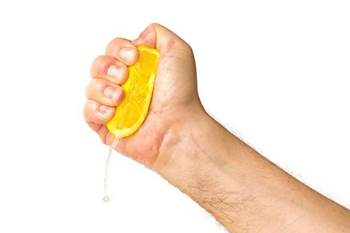 The Banking Royal Commission may be over, but Australia’s peak retail body is nowhere near finished when it comes to spotlighting lucrative institutional fee rorts the Reserve Bank of Australia and other regulators are trying to stamp out.

As two of the Big Four banks – ANZ and Westpac – switch on what’s known as ‘Least Cost Routing’ for tap payments this week, the powerful Australian Retailers Association (ARA) has taken a blowtorch to institutional delays that are costing shopkeepers and consumers millions each year.

The row revolves around the single biggest disputed elements of electronic payment networks of the last decade: who gets to control the rails that millions of everyday tap payments run on and how much a ticket to ride costs.

“Contactless payments were first introduced into Australia 13 years ago and since then major banks have automatically routed contactless debit card transactions through higher-cost processing platforms such as Visa and Mastercard and the extra costs has been borne by retailers and merchants,” ARA chief Russell Zimmerman told iTnews.

“The banks’ approach is a step forward for retailers and merchants across Australia. However, the ARA is disappointed that the banks have only gone halfway by offering merchants an “opt-in model” and not supported “Least Cost Routing” as per the Reserve Bank of Australia (RBA) Payments System Board, who have been urging banks to adopt the least cost routing processing platform.

For the last 12 years or so, US card schemes Mastercard and Visa have asserted a virtual duopoly over contactless payments routing by requiring such transactions to run on their rails so that they attract fees of around one percent (1%) of the transaction value that is paid to the issuing bank.

One percent may not sound like much, but merchants are fed-up with the level tap fees because they equate to a substantial turnover tax when other methods like eftpos and BPAY offer low set fees of just cents per transaction as opposed to a percentage cut.

The gouging has become so bad in Australia that payments system regulator the Reserve Bank of Australia has moved to strip multinational card schemes Mastercard and Visa of the power to shunt tap payments onto their more expensive rails by introducing Least Cost Routing.

The RBA’s regulatory remedy is supposed to work by allowing retailers to choose which rails tap payments ride on and getting banks to make payment terminals to default to the cheapest rails for the merchant rather than the most lucrative for the bank.

ANZ, never shy of going it alone, is the first major retailer to plug-in least cost routing, though the average coffee shop or take away food store may wonder what hit them when they get their monthly statement.

Merchants also have to ‘opt in’ to ANZ’s rail switch, a position that has angered merchants whom had been anticipating a lower cost default mechanism.

“The ARA is disappointed that the banks have only gone halfway by offering merchants an “opt-in model” and not supported “Least Cost Routing” as per the RBA Payments System Board, who have been urging banks to adopt the least cost routing processing platform,” ARA chief Zimmerman said.

Westpac is expected to reveal its least cost routing structure today, though pricing details are still unclear. When either the CBA or NAB will move is still unclear.

“Although the ANZ bank has stated that it is committed to working towards “Least Cost Routing” it is difficult to understand why ANZ was unable to achieve this when Tyro a small acquirer was able to achieve this in about three months,” Zimmerman said.

“Furthermore, the ARA is perplexed as to why the NAB and CBA banks are still silent on this issue. While we understand that both banks will be working towards an offering, we would encourage both banks to offer a “Least Cost Routing” and not an opt-in model as a matter of urgency.”

Retailers are also frustrated that ANZ is demanding retailers display signs telling consumers about the routing switch it feels the RBA has mandated ought to be under the hood of the terminal.

“Although the ANZ website stipulates that merchants must disclose to customers using a sign at the point of sale, that all contactless Multi Network Debit card transactions are to be routed through a domestic ePal network (i.e. eftpos), the ARA is under the impression that this is an unnecessary measure,” The ARA said in a statement.

“It is the ARA’s understanding - having had past discussions with the Reserve Bank of Australia (RBA) that the RBA does not require merchants to reveal the way consumers transactions are routed, as it makes no difference to the consumer,” Mr Zimmerman said.

The ARA is strongly encouraging merchants to consider routing debit transactions via the eftpos network ”to secure the vibrancy of the Australian retail industry and the sustainability of the economy,” the group said.

“Although the ANZ bank has stated that it is committed to working towards “Least Cost Routing” it is difficult to understand why ANZ was unable to achieve this when Tyro a small acquirer was able to achieve this in about three months,” Zimmerman said.