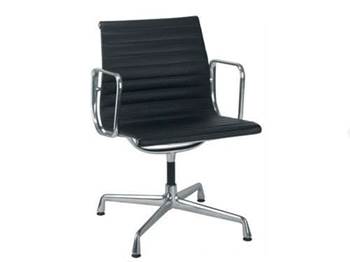 Randall Straw ready to take over.

Victoria’s Chief Technology Advocate Grantly Mailes will stand aside as chairman of government IT service agency CenITex, to be replaced by current board member and long-serving state bureaucrat Randall Straw.

Mailes has held the post, in addition to his other duties within the Victorian government, since October last year when he took over from then sole director Grant Hehir who moved to NSW to become the state’s Auditor-General.

The CenITex board has only recently been re-expanded to full membership, after operating as a “reorganising body” with only a single member since April 2012, when the former board was dismissed by then Premier Ted Baillieu following a number of stinging reports into its performance.

In December 2013, Mailes was joined by Coles CIO Conrad Harvey, former Goldman Sachs CIO and ANZ Bank IT exec Dr Richard Tait and Straw, who is a former deputy secretary of what is now the Department of State Development, Business and Innovation (DSDBI) and a current member of the Victorian Government Procurement Board.

A spokesman for technology minister Gordon Rich-Phillips said the switch was always on the cards.

“Board Chairman Grantly Mailes stepped into this position in an interim capacity following machinery of government changes that shifted CenITex from Treasury to the [DSDBI],” he said.

“As was planned, when Grantly Mailes steps down as Board Chairman, Randall Straw will be assuming responsibility as Chair.”

Under Straw, the new board will be tasked with overhauling the troubled agency in unison with chief executive Michael Vanderheide.

Rich-Phillips revealed at an AIIA luncheon last week that the DSDBI was currently in the ‘collaborative dialogue’ phase of a multi-stage procurement process that will see the majority of services currently supplied by CenITex outsourced to the private sector. A shortlist of respondents has already been whittled down and the stage will involve formal price-based bids to take on the services.

The government is aiming to have the new contracts in place by May this year.

The minister has refused to give an indication of how many jobs will be lost from the 600-employee agency as a result of the reforms, which will see CenITex become an intermediary for externally supplied services only.

He has also refused to detail any strategy for retaining CenITex-based IT skills despite a widely acknowledged shortage of qualified tech workers in the state government.