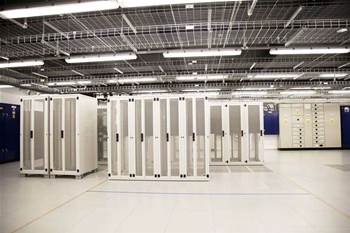 Intellicentre 2 to be offloaded after two years of operation.

Macquarie Telecom has entered an agreement to sell the land and shell of its Sydney-based Intellicentre 2 data centre for $43.3 million to Singaporean Keppel Group.

At the time, the $60 million eight-megawatt centre offfered 2000 square metres of technical floor space over two data halls, with capacity to expand to 6000 square metres. News Limited was an anchor tenant.

The data centre sits on 20,000 square metres of land that has enough room to host a second data centre. Intellicentre 2 was the one of the first data centres in Australia to gain official Tier III certification based on design documents.

Keppel is a Singaporean-based company specialising in marine, property and infrastructure services.

MacTel will continue to manage the data centre and will retain responsibility for managing property-related outgoings, it said.

"When we purchased the land and original building in 2011, we did so because we had found an ideal location to build a state of the art data centre," Tudehope said in a statement.

"Having completion the construction and having now operated the data for the past two and a half years we believe that it is appropriate to release the capital from the land and building.

"We are very pleased to have Keppel as our landlord and look forward to our future relationship with them."

Macquarie Telecom will retain the data centre's mechanical and electrical plant plus most of the fixtures and fittings, it said.

Of the $43.3 million purchase amount, $40.3 million is payable at the time of settlement, and $3 million will be paid one year after the deal settles.

Once it receives the funds, Macquarie Telecom will be able to repay existing debt and be $20 million in the black, it said.

The company expects to spend around $16 million on maintenance.