MacTel, Bulletproof in trading halts ahead of expected merger 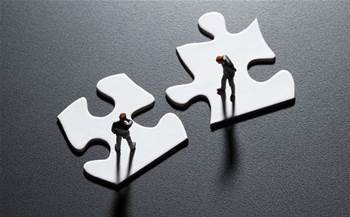 Listed hosting and telecommunications providers Bulletproof Networks and Macquarie Telecom entered twin trading halts on the ASX on Monday morning ahead of an expected announcement of a merger.

Macquarie Telecom is expected to provide detail on an acquisition it intends to make on Wednesday ahead of its annual general meeting on Friday.

Bulletproof Networks in its trading halt announcement said it was currently in discussions over a potential acquisition of the business.

iTnews sources indicated the twin trading halts are related and an acquisition of either all or part of Bulletproof Networks by Macquarie Telecom is expected on Wednesday.

Both companies declined to comment ahead of an official announcement.

Bulletproof shares were trading at $0.067 when they closed this morning. Its market cap is $10.9 million.

Telco analyst Foad Fadaghi said a merger would be indicative of the broader consolidation occurring across the telco sector.

"We know that it's difficult competing as a smaller organisation, and being part of a larger organisation makes sense. It's a trend we see happening across telecom and IT services more broadly," he said.

Fadaghi noted that Bulletproof's share price - down significantly from the $0.40 it was valued at when it landed on the ASX via a reverse listing in 2014 - made it an attractive proposition.