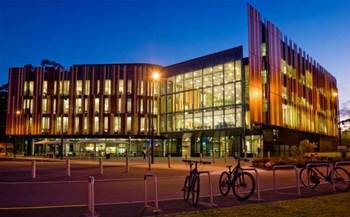 The new title comes as the Sydney-based university finalises an IT operations restructure, which saw it bring once-distributed support teams together last year.

Hume said in a LinkedIn post that his title was “formally changing” to the reflect his full level of duties.

“I have been leading the digital transformation stream of the university operating plan for a couple of years now," he said, adding there was still "lots to do and a complex transformation journey ahead".

A Macquarie University told iTnews the title change "has been made to more accurately reflect the dual nature of Tim’s role with regards to the digital leadership and CIO roles that Tim performs."

Since the restructure, the university has also appointed Stephen Martin as head of technology services in November last year, a role that was created following the departure of former operations director Daniel Dos Santos in 2020. Dos Santos is now with Metcash.

Martin is a technology manager that has previously worked at University of Sydney, CBA and Tabcorp, among other places.

The spokesperson said that Martin’s role "is a key member of the Macquarie IT leadership team."

The university is also recruiting for a head of IT shared services, though this role is "not part of IT per se," the spokesperson added.