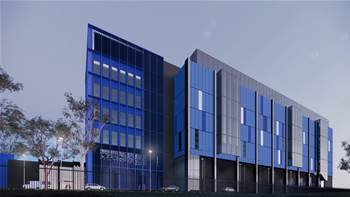 Macquarie Telecom is set to build a new data centre in Sydney’s tech hub of Macquarie Park that will house a “sovereign cyber security centre of excellence”.

The company revealed the plans in a financial filing on Wednesday, with the 32-megawatt (MW) facility expected to be the company's largest in the NSW capital to date.

It said a state significant development application had been lodged with the NSW government to build the data centre at its existing Macquarie Park data centre campus.

The Intellicentre 3 Super West (IC3) would bring the total IT load of the Macquarie Park campus – which is already home to IC3 East and IC2 – to 50MW.

“The NSW digital economy is rapidly growing, and this project will create world-class infrastructure and valuable long-term jobs in the digital and cyber security sector," Tudehope said.

Investment minister Stuart Ayres said the centre, which will support 31 specialists by 2024, was made possible through the government’s $250 million jobs plus program.

Planning permission for the data centre is expected to be granted in early 2022, with phase one of the construction to be completed in the second half of 2023.

Construction is expected to create more than 1200 jobs, including in construction, engineering and cyber security.

The NSW government earlier this year temporarily lowered the threshold for data centres to be assessed as state significant developments to fast-track approvals and stimulate the economy.