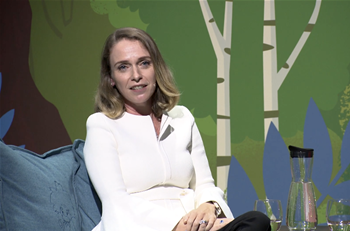 Macquarie Bank is the latest institution to create a portal for its home loan brokers, with the new offering running on Salesforce.

Head of broker sales Wendy Brown told last month’s Salesforce world tour event in Sydney that the broker platform “had been a pipe dream for a long time”.

She said there were “stress and capacity issues” in the previous support model, and that the bank had a “clear goal of trying to give time, confidence and control back to our brokers”.

“These are home loan brokers: you dont want to be adding stress to that system when there is a customer at the end of it,” Brown said.

“We really needed to make sure [the platform] was making us easier to do business with, not more complex.”

Brown said the bank had “accumulated lots of feedback over the years around what brokers needed and what they wanted.”

“What they wanted was great data about their existing customer base, so two years on from you getting your home loan, when you ring up your broker, they can see all your data and can have a great conversation about it. They [wanted to be] clear and confident with the data that’s sitting in front of them to really give exceptional customer service to their existing clients,” Brown said.

“What they needed as well was application tracking, so clarity of where the file is through the process so their [loan] customer was confident with what was actually going on, and also clear access to resources.”

This resulted in the creation of a new broker portal and a ‘broker help centre’ that Brown described as the “Macquarie ‘Google’ for brokers” seeking assistance on the portal’s functions.

Details of both systems were first revealed at the end of last year, though the architecture of both wasn’t clear at the time.

For Macquarie Bank, both the portal and help centre enabled it to build on an existing investment in Salesforce, something it has been doing for the past several years.

The bank already has about 2000-plus users across sales, service and marketing, and a long-running goal to get more out of its investment. This has previously seen it re-platform its complaints handling process and explore ‘next best action’ functionality.

“We could have gone with a digital solution which was custom built bottom-up, completely end-to-end,” chief data officer Ashwin Sinha told the conference.

“The second option was extending our investment in Salesforce and leveraging Salesforce Experience Cloud and [Salesforce] Communities in terms of delivering on this.

“We decided to go for option two. We already had a lot of users on Salesforce, we just wanted to make sure that we were extending on it, rather than starting with a totally new platform.”

Sinha said that building on Salesforce foundations also meant being able to move faster with the new portal.

“Something we are very focused on within Macquarie Bank is how rapidly we can make the product available to our users and clients,” he said.

Still, the project took around 16 months to complete, in part due a deliberately long pilot period that involved daily standups to collect feedback and draw it into the portal design.

“Quite unusually we were actually in pilot for six months, and the reason for the six-month pilot was to look across a vast array of different broker businesses [large and small],” Brown said.

“It was important because we could pivot - we were having daily standups aka lots of Zoom meetings at 8am for 15 minutes, but we were actually taking that feedback and iterating throughout that six-month period, which was absolutely vital for us to get the right product when we did launch.

“When we did launch, we probably approached it differently again - we did it in a tranche methodology, but we actually rolled out to our most important and biggest clients first.

“Many of you might think that’s a big risk, but it actually was vital to us, for two reasons. They are our most regular users so they could give us the best feedback and the most brutal feedback as well, but also it really tested our capacity.

“So we found that tranche rollout and continuous feedback was vital to our real goal of delivering what they wanted and needed.”

Brown said the final tranche of the rollout was completed in January this year.

The new portal has 15,000 registered users, of which about 60 percent had so far logged in.

Brown said that momentum is still building, but the numbers are already positive.

“We’ve tracked the number of times we get an email about a home loan application that comes into the system,” she said by way of example.

“Since we’ve had both of these innovations [the portal and help centre], the number of emails per application has gone down by 24 percent.

“That’s a really short term to look it over, but the reduction is vital.”

Brown said the new systems had also been designed to reduce “capacity” pressures on internal sales and business development resources that assist brokers.

She said that in the short time that the portal has been fully deployed, the bank’s sales BDM team has seen a 30 percent improvement in the time it has to spend with its clients - the brokers - instead of trying to service their needs.

Many of these needs can now be serviced directly through the Salesforce-powered portal, and questions they have can also be self-served via the help centre.

Update, 8.55am: The story has been updated to reflect that the broker portal is new and not a rebuild of an existing portal. iTnews apologises for the error.