Long name? No SmartGate entry into Australia for you 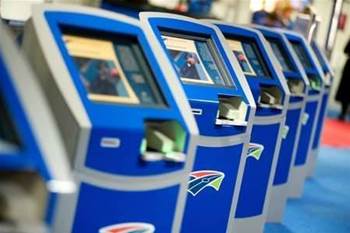 System struggles with more than 24 characters.

An unusual quirk of Australia's airport arrivals automated border processing system means travellers with long names are refused entry at the SmartGates and are instead forced to resort to manual processing.

The government introduced SmartGates in partnership with Morpho in 2007 for airport arrivals. The gates use facial recognition technology to take a live photograph of an individual's face and match it to an image stored on a chip in their passport. The function is only available to travellers with ePassports.

Around 61 Morpho gates currently operate at arrival stations across Australia and New Zealand.

The government last year expanded the approach to departures through the rollout of around 92 more modern Vision Box-manufactured gates.

The SmartGates are intended to automate and therefore speed up the processing of travellers, and reduce the lengthy queues often involved in manual processing by an Immigration official.

But a quirk with an Immigration database and the arrivals gates is locking travellers with long names out of automated processing.

iTnews can reveal the system cannot cope with names containing more than 24 characters.

When travellers with names longer than 24 characters insert their passport into the arrivals SmartGates, they are informed they cannot be processed and are redirected to a customs official.

It is understood the problem resides with the truncation, or searching, function within an Immigration database.

The department confirmed the issue.

"The current system can process travellers with names up to 24 characters long. Passengers with longer names are referred to an officer for manual processing," a spokesperson said.

"The number of affected passengers is low. We are working on a technical solution that will allow people with longer names to use the arrivals SmartGates."

According to the Immigration department's annual report, 38 percent of travellers arriving in Australian in 2014-15 were cleared by SmartGates.

It is unclear when a fix will be implemented. Immigration told affected traveller Chris Neugebauer that solution design and deployment was currently unscheduled.

"I've wasted quite a lot of time when I arrive back into Australia -- not only when I use the SmartGate machines, but also because I need to line up to see immigration staff every time I arrive into the country," Neugebauer told iTnews.

"It can be anywhere between five and 20 minutes extra depending on how busy the customs queues are.

"While I'm glad to know why I'm being rejected, it's pretty ridiculous that my name is the cause of being rejected when I enter the country."

Immigration is currently working on a new border clearance platform for incoming and departing travellers.

It last month awarded a four-year deal to Unisys to implement and roll out the solution, which will ascertain whether an individual is eligible to enter or leave the country.

The first stage of the platform - processing for travellers at air and sea ports - is slated to go live in March next year. It will later be expanded to vessel and cargo clearances.

Three legacy systems will be retired to deliver the new Pegasystems and Quintiq-based border clearance platform.