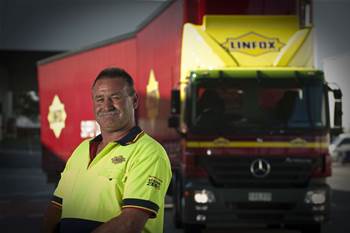 Linfox also plans to crunch the numbers on road congestion in a bid to optimise the routes taken by trucks for deliveries.

Ansley said that past route optimisation works didn't take a lot of historical data into account.

A technical demonstration using sensor data from trucks in Thailand — where Linfox has a larger fleet than Australia — mapped the average speed that trucks were historically able to achieve on each piece of road, by day and time. The back-end process interrogated over 62 million data records. 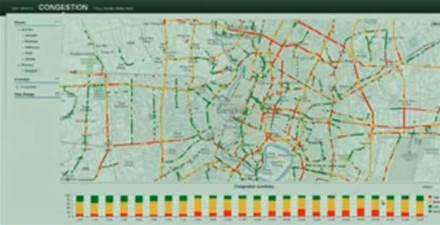 "The amazing thing here is when you look at this you can actually renegotiate with customers your delivery windows, when do the goods need to be here," Ansley said.

Ansley indicated such a system could be of use to a customer like Tesco Lotus, the Thai subsidiary of British supermarket giant Tesco, which contracts transportation to Linfox, though discussions had not occurred.

"We're delivering to a lot of the Tesco mini marts right up to the hyper marts size [stores], but getting to those locations at the time that Tesco says they want us there — which doesn't take any of this [sensor] information into account — means that we're wasting time and we're also wasting fuel. We have a lot more idle time in the traffic," he said.

"By going back to Tesco and saying, 'Hey, if we could deliver to you guys an hour earlier or later than the window you've given us', there's a huge opportunity for an improved service cost wise and environmentally wise."

Ansley flagged toll roads as another area where real-time and historical data crunching might produce some useful observations, but ran out of time at the conference to demonstrate it.

"We obviously use a lot of toll roads. We want to understand if we're paying for those toll roads, are they efficient?" he said.

The HANA-based data crunching project is being delivered under a "co-innovation" arrangement with an Australia-based SAP team.

The type of arrangement is common among being SAP customers, such as those in the mining and resources sectors.

"Having a CEO who says the key area for us in differentiation is technology and we will ruthlessly pursue the use of it to give us an advantage is pretty nice as a CIO," he said.

He believed that those investments would keep customers hooked to Linfox in a way the firm's competitors couldn't.

"We believe we're already ahead of our competitors and we believe with technologies like HANA we can move further ahead."

Correction 21/5, 4.49pm: The big data system demonstrated by Linfox is in a proof-of-concept phase and not in production. The article previously indicated that discussions had taken place to use the system with Tesco in Thailand. This was incorrect and iTnews apologises for the error.