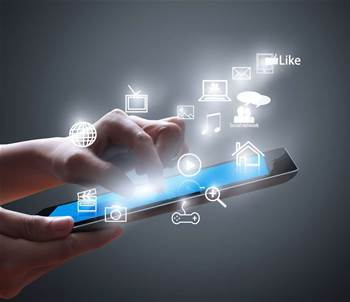 Linc Energy is deploying data centre hubs and localising connectivity to its operating regions worldwide as part of an initiative to modularise IT and reduce running costs.

The diversified energy company, which has oil, gas, shale and coal interests, has selected a data centre site for its US operations and is in the site selection process for Europe, the Middle East, South Africa and Brisbane, Australia — from where it runs its central IT shop.

The hubs will host Linc Energy's "tier one services", such as Microsoft SharePoint and Exchange, which are used by all worldwide sites but centrally managed out of Brisbane.

Other services — such as more specific applications for the company's four functional divisions — are managed by outsourced service providers in each of the regions. The outsourced providers also provide helpdesk support.

The data centre hub deployment is the result of a major restructure of the Linc Energy business about 18 months ago that gave the company a divisional structure for the first time.

Perhaps unsurprisingly for the oil & gas and resources sectors, the restructure also exerted cost pressure on the IT organisation.

"The remit of the IT organisation in the past 18 months is basically to continue delivering the same kind of global value but at a much reduced cost," Brisbane-based Global IT Manager Simon Berry said.

"We've had to really re-look at how we deliver IT back to the organisation."

That has thrown up "a lot" of challenges, Berry said.

"Last financial year we had a vastly reduced budget and I lost some of my staff, but business growth is still very much happening at the same rate.

"The challenge we've got is to figure out how we're going to achieve the same or greater value back to the organisation but with less resources. We have to try and be a bit smart about what we're doing."

One way Berry is looking to drive down IT costs in Linc Energy's divisional structure is by decentralising the hosting arrangements for common infrastructure and localising connectivity.

"We have traditionally had a Telstra Global network which has allowed us to put private communications between sites in place, but that's become a bit unwieldy for a number of reasons," Berry said, citing cost and time to deployment among them.

"Now, we're trying to actually modularise our IT infrastructure so those core tier one services are hosted per region, and then we can look at local connectivity options to drive down cost and speed of deployment. It also reduces the need for additional infrastructure at those sites.

"We've probably put a bit of investment upfront into that but the payoff will be that as we deploy more and more of these sites, we can halve or even cut two-thirds of the cost off site deployments, but have the same level of service available to our users.

"It's almost like a private cloud type of model".

Domestic carriage arrangements have already been established in the United States — home to Linc Energy's oil & gas division — and the same provider will also host the data centre hub for that region.

Berry joined Linc Energy four years ago, at a time when the IT environment was very reminiscent of a start-up.

"The company was pretty small then," he recalls. "My predecessor had just finished building the bare bones of a domestic MPLS network.

"There were no real standards around desktops and there was no real server infrastructure. There was not a lot of IT here."

Early on, Berry's remit was to "basically bring in a stabilised, sustainable model for IT, and from there to aid future expansion."

"The original remit was to come in and do an evaluation, a snapshot of the organisation — where it was from an IT perspective — and then recommend a budget for the necessary growth to take it where it needs to be."

"Up until then the strategy really was very rapid growth and building the infrastructure to facilitate the business.

"But the remit changed very much from there to [taking] a much more modular approach to IT.

"The way we've tried to approach it is to standardise IT and make it so that we can outsource even some of the non-technical stuff to our managed service providers."