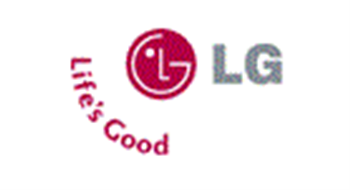 South Korea's LG Electronics introduced on Wednesday an updated version of its high-definition DVD player that supports both Blu-ray and HD DVD, offering a possible solution to the format war.

But at about US$1,000, the BH200 "Super Blu Player", while 16 percent less than the model LG unveiled in January still costs twice as much as stand-alone Blu-ray or HD DVD players.

That earlier model shown at the US Consumer Electronics Show was the first to combine Sony's Blu-ray standard and Toshiba's HD DVD. The goal is to satisfy high-end customers frustrated by the format war that has divided consumers, electronics makers and movie studios and angered retailers.

Samsung Electronics is expected to market a dual format player later this year, ahead of the holiday shopping season.

The new LG player, due in mid-October in the United States, includes features that were omitted from the original. LG says it is capable of Blu-ray disc and HD DVD playback with advanced BD-Java and HDi technology.

LG was criticised in the technology press for not fitting its first dual player with HDi, or high-definition interaction interactivity, which enables HD DVD consumers to use interactive menus and extra features.

But the format war has curbed adoption in a way reminiscent of the Betamax-VHS videotape format battle of the early 1980s, experts say.

Some experts and executives, including Sony Corp Chairman and CEO Howard Stringer, doubt that dual machines will solve the problem, noting the device adds a third option to the market, further confusing shoppers.

At the same time, few expect the Blu-ray and HD DVD camps to soon bridge their technology gap.

HD DVD is supported by major Hollywood studios including Universal, Warner and Paramount Pictures, DreamWorks Pictures, and DreamWorks Animation, but Warner also supports Blu-ray. Disney, 20th Century Fox, and Sony Pictures are exclusively in the Blu-ray camp, as is Lionsgate.

By comparison, a stand alone Blu-ray player sells for about US$500, while HD DVD players are around US$400. Standard DVD players typically sell for less than US$100.