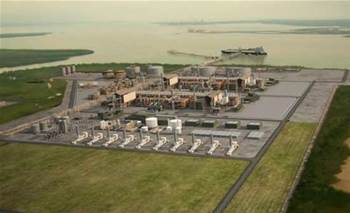 A mock-up of onshore plant for Ichthys (courtesy: INPEX)

Leighton Contractors will build operations and control infrastructure for the INPEX Ichthys liquefied natural gas project under a $126 million deal.

The company said in a statement last week that the work covered construction of an "Operations Complex" that included an operations office and central control building, among other facilities.

The project also included the rollout of some "associated infrastructure".

A spokeswoman for Leighton Contractors told iTnews that associated infrastructure included the installation of conduits ready for fibre optic cabling for the control systems, although rollout of the actual fibre would be handled by "other subcontractors".

"We're not doing any communications [systems]," the spokeswoman said.

The contract handed to Leighton Contractors is from JKC Australia LNG, which is the prime contractor for construction of the LNG plant and other onshore facilities.

Leighton Contractors has previously been awarded work on the project from JKC for temporary site facilities.