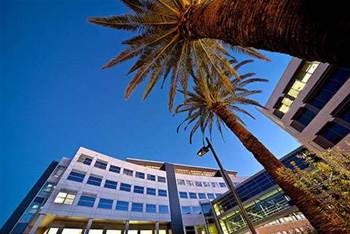 The self-styled "IT hospital" opened last June, but had no dedicated IT staff under chief information officer Geoff Harders until May that year.

Harders joined the hospital in March 2010; prior to that, the hospital relied on outsourcers, nurses and clinical managers to make IT decisions.

Enabling technology services manager Kevin Koelmeyer, hired by Harders along with three other IT managers last May, described early 2010 as a "murky era" for the hospital.

"We're revisiting a lot of those [decisions]," he said at the Chilli IQ Technology in Health Administration Conference today.

"We've been writing policy after policy and it's been a never-ending battle. The hospital is so IT-centric, and the clinical side doesn't seem to be in tune with [change control]."

Harders left Macquarie University Hospital this April. It has been without a chief information officer since.

Decisions are made "as a collective group", Koelmeyer said.

Koelmeyer said the team faced "bad and ugly" challenges in administering the hospital's 200 distinct networks, 76 applications and more than 300 thick clients established since the hospital began construction in 2009.

Core applications including Integra, iSoft's webPAS, MetaVision, and HealthView required a total of four database platforms, including two versions of Oracle and two of Microsoft SQL.

Applications were also based on old or poor architecture, with Koelmeyer noting any updates to MetaVision clinical software required reinstallation.

Although the hospital had some 600 kilometres of Cat 7 networking cable, at 1 Gbps bandwidth to the desktop, end points were only equipped for Cat 5 and Cat 6.

"Unfortunately, we inherited a lot of this stuff," Koelmeyer said. "By the time IT came on board, all the applications were actually in build."

He blamed the sprawl of platforms and applications on a combination of confusion relating to the Dalcross partnership and mismanagement of outsourcers.

"Even [infrastructure vendor] HP had issues with the initial [Dalcross] guys," he said.

Since then, the hospital had become more wary of over-reliance on outsourcers and advice from vendors. However, he allayed blame away from the hospital's current primary outsourcer, Oriel.

"It's not really [Oriel's] fault; there's been a lot of water under the bridge," Koelmeyer said. "We never could have built the hospital in such a short time if we did not have IT outsourced."

Despite its administrative issues, the hospital claims to be one of the most technologically advanced health institutions in Australia.

Koelmeyer said Macquarie University Hospital spent of $3 million a month on IT operations, and an additional $1.5 million in the past year on "nice to have" projects.

Staff, patients and their visitors used smartcards to pay for meals and services and staff kept track of their work hours using biometric human resources technology by Kronos.