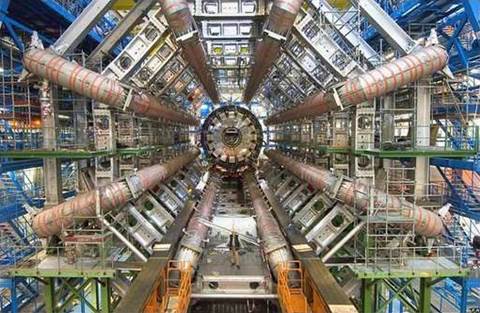 Security experts are warning of a malware attack disguised as a video of the Large Hadron Collider in action.

The bogus video link arrives in an email, which security firm Sophos said is "dodgy from the start".

The message reads: 'Wow, don't ask me how I get this video, but it's realy [sic] cool,' followed by a mytinyurl.net web link.

The scammers claim in the email that thousands of people have already enjoyed and bookmarked the video, but that it requires a special Flash plug-in to work. The plug-in contains the malware infection.

"Of course, since this video is so 'cool' and 'new' we don't seem to have the correct Flash plug-in for the movie, so we are asked to update it," said Sophos Labs researcher Prashant Kumar in a blog post.

"Far from watching the world's largest particle accelerator in action, we get another boring old malware. This so-called Flash update is malicious. We detect this malware as Troj/TDSS-BP."

The malware writers have timed the spam campaign to coincide with last week's successful test of the Large Hadron Collider after the project was suspended 14 months ago.

Got a news tip for our journalists? Share it with us anonymously here.
Copyright ©v3.co.uk
Tags:
collider hadron malware security spam virus