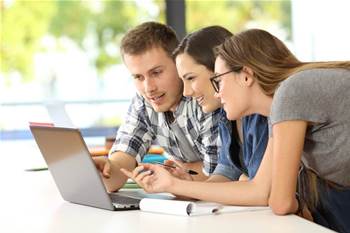 Every South Australian public senior school student will have a laptop funded by the state by 2021 under a new $70 million program announced today by the Labor government.

Year 10 students will be first in line to receive the personal devices, which the government intends will primarily be used to assist with homework after hours.

A number of schools will trial the scheme in the second half of this year. A rollout to all year 10 students will follow next year, and all years 10, 11, and 12 public school students will have a personal laptop by 2021.

Students will be able to keep the devices after graduating in an effort to encourage them towards further studies, the state government said.

It has put aside $70 million over the next five years for the program.

"Access to both laptops and high-speed internet will accelerate learning and enable teachers to deliver a wider range of online curriculum in real-time across the public school system," the government said in a statement.

The state government also announced an upgrade of broadband across the state's 900 public schools and preschools over the next two years.

The federal government scrapped its own $264 million high school laptop program for years 9 to 12 students in 2013, passing the responsibility over to the states.

However many students and teachers in NSW are still relying on laptops that were provided under the scheme, which launched in 2008. The situation in Western Australian schools is somewhat similar.

Victoria now has a bring your own device policy within its public schools, as do a number of schools in Queensland.