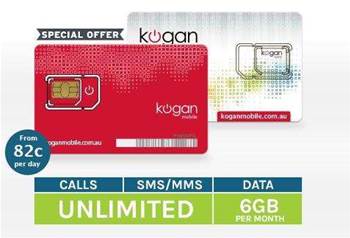 The competitiveness of Kogan's mobile plan offering has upset Telstra and pressured ispONE to reduce that competitiveness, the court case between Kogan Mobile and ispONE heard today.

Kogan Mobile took legal action against ispONE earlier this month, claiming the Telstra reseller was breaching their contract by suspending Kogan Mobile customers from the network.

ispONE counter-sued, claiming Kogan Mobile was engaging in misleading and deceptive conduct by using the term ‘unlimited’ in its marketing, and therefore in breach of the pair's master wholesale agreement.

Both parties appeared before Justice Judd in the Victorian Supreme court today. Kogan founder Ruslan Kogan was not present.

Kogan launched its mobile phone service last December, offering unlimited calls and texts and 6GB of data for $29 on a prepaid plan.

The retailer later changed its acceptable use policy for customers when it became clear a growing number of users were being booted off the network by ispONE for overuse.

“We’ve been told by ispONE on a number of occasions that Telstra is very upset about Kogan’s offering in the marketplace,” counsel representing Kogan Mobile, Norman O’Bryan SC, alleged today.

He said the product was attracting customers away from other service providers, including Telstra.

Kogan Mobile’s lawyers today sought to have communications between Telstra and ispONE related to the flagging and suspension of Kogan Mobile customers presented to the court.

Counsel representing ispONE objected to the request, arguing it was not relevant to the case. Kogan Mobile’s legal team have tendered an email between ispONE and Kogan Mobile in which Telstra was said to have flagged a serious misuse of the service.

In the email from ispONE operations manager Chris Hooker to Kogan executive director David Shafer, Hooker wrote: “ispONE has received advice from Telstra that 36 mobile services have been detected as being involved in call bypass fraud.”

Justice Judd agreed some elements of Telstra’s role in providing the 3G network offered by Kogan Mobile were relevant to the case.

“One might assume Telstra is placing a great deal of pressure on ispONE to ensure services are maintained within that particular scope,” Judd said.

Kogan Mobile again raised the issue of the delayed April delivery of 50,000 SIM cards, part of a monthly order agreement, which were expected to arrive on April 10.

ispONE has previously blamed the delay on Telstra. At the pair's last court appearance, ispONE indicated the cards would be delivered on April 26, however O’Bryan said they had yet to be delivered.

“They’re refusing to even respond to our latest emails,” he said.

He added that this was now a situation that had become “intolerable” for Kogan Mobile.

Counsel representing ispONE said he did not know what had happened with the SIM cards.

“It does sound as if someone’s dragging their feet a bit,” Justice Judd said.